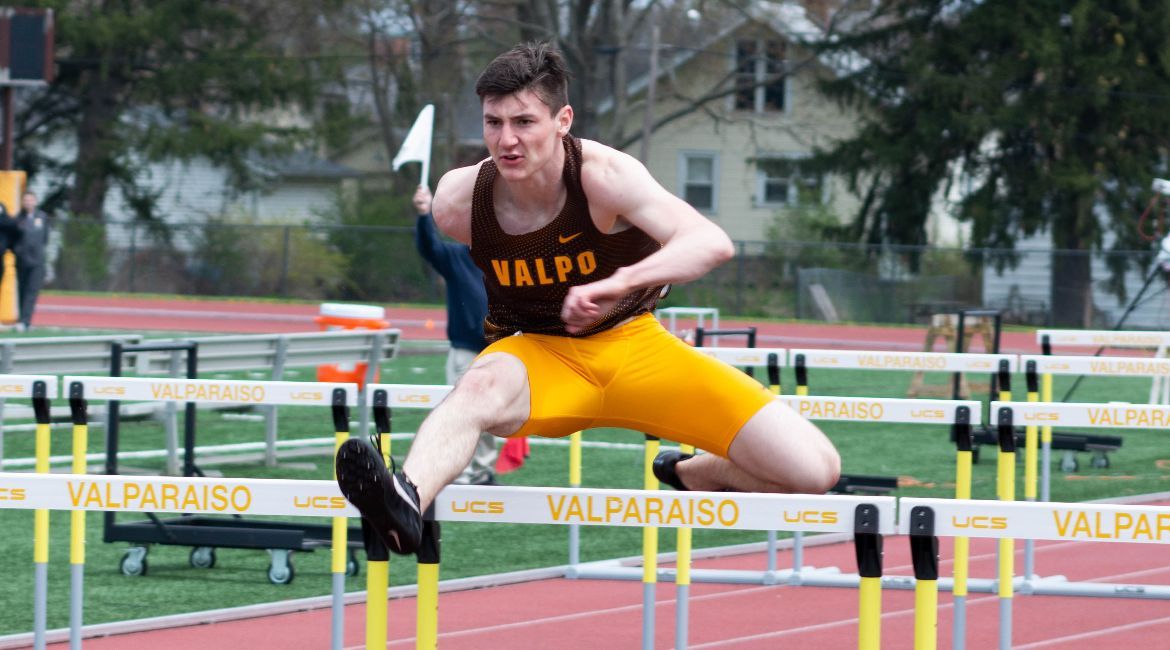 A threatening weather forecast did not deter the Valparaiso University track & field team on Saturday, as the Beacons successfully completed the entirety of their annual home meet at Warren G. Hoger Track and Eastgate Throws Complex without interruption. The Beacons welcomed UIC, Milwaukee and Calumet College of St. Joseph for the Valpo Invite on a day where the hosts boasted numerous personal records throughout each event group.

Thoughts from the Valpo Coaching Staff

Head Coach Ryan Moore on the Throws: “I really feel like we had a quality competition in the throws today with Alek Trafton leading the way for the men in the hammer. His mark was good enough to get on our all-time top five list, and I am still expecting him to improve that mark over the next couple weeks leading into conference. Tommy Palmer had an amazing toss this morning in the javelin to start the day off for us and really set the tone for the group. Our ladies continue to impress me week after week, and it really seems like things are coming together for that group as we move toward conference. Lena has been flirting with 45 meters in the hammer for a couple weeks now, so breaking that mark was definitely an exciting moment. Michelle Pierce has really stepped up her game over the last few weeks as well and had a big PR in the shot today as well as coming really close to matching her personal best in hammer. Devyn Miller continues to improve week in and week out, and I’m expecting her to finish strong in a few weeks when we get to conference. Tori Gerhardt added another big toss in the hammer today, earning a new PR and coming really close to matching her best in the discus as well. I’m hopeful for the rest of our men as we lead into conference. These guys have worked really hard all year and are really just one step away from a big mark. We’ve got to get after it in practice leading into the conference meet.”

Associate Head Coach James Overbo on Jumps & Sprints: “Overall, our athletes did a really good job of managing the day. There was uncertainty with the weather, but everyone was well prepared. The weather held off for us quite nicely and we were able to get the full meet in. The whole group competed very well even with less-than-desirable conditions. I believe all of our sprinters PR’d in at least one event today. We were able to get some wind-legal times in on the track. On the jumps side, Tristan was challenged by the crosswinds on the runway today. Dave did well with the high jump and is progressing well. We’ll be ready for conference in a couple weeks. Our athletes are always excited to stay home and compete in front of the home crowd with friends and family in attendance. It was nice to see some good performances at home.”

Assistant Coach Vincent Walker on Distance: “We exceeded my expectations today with a few PRs and season PRs in the first meet with a new distance coach. We built some positive momentum going into the next week, now we just need to keep that going at the conference championships. Ja’xon had a lifetime best by two seconds in the 800. He dug deep and competed well and it paid off for him. Kaitlynn did a nice job of building throughout the race in the 5K and she ended up taking the win by passing everyone toward the end of the race. I was happy to see that. We had a big group perform well in the women’s 1500. Grace had a season best in that race. There’s always a little bit of pride when it comes to being able to host a home meet, so it was nice to see our group do well today.”

Valpo will compete in the MVC Outdoor Championships in Des Moines, Iowa beginning on Friday, May 13. Links to live video and results will be available on ValpoAthletics.com.