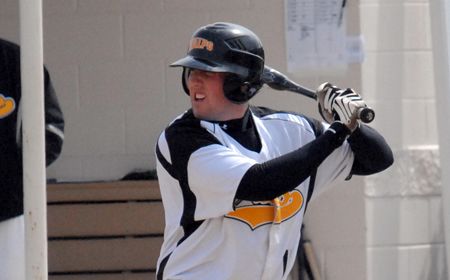 McNeese State scored seven times in the first two innings on Saturday afternoon and Valparaiso could not rally from the deficit as the Crusaders fell 8-2 to the Cowboys at Cowboy Diamond in Lake Charles, La.

McNeese State added a run in the fifth on a double by Andy Riche, the only other scoring until the ninth.

David Klein (Aurora, Ill./Oswego East H.S.) had a pinch hit single in the final frame and advance to second on a wild pitch and third on a passed ball.  Paul Heinkel (Fond du Lac, Wis./Winnebago Lutheran Academy) came through with a single to centerfield to cap the scoring.

“We didn’t quit today,” Woodson added.  “We had several opportunities in the game where we got guys on, but just couldn’t get them in.  We got too far behind.”

Davis limited Valpo to just two hits and the one run in five innings of work on the mound for the hosts, striking out five and the Cowboy bullpen allowed just four hits the rest of the way while striking out six more Valpo hitters.

Siwiec suffered the loss (0-1), going just two innings and allowing eight hits and seven runs, six of which were earned.

Valparaiso (0-2) and McNeese State (2-0) will wrap up the three-game weekend series on Sunday morning with an 11 a.m. contest at Cowboy Field.  Will Robinson (Placentia, Calif./Valencia H.S.) will toe the rubber for the Crusaders against Jonathan Conrad.