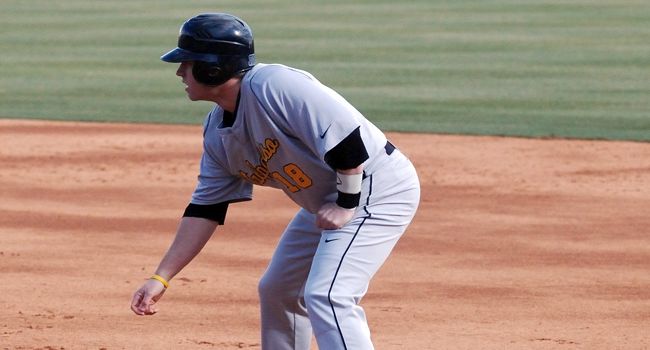 Valparaiso wrapped up a two-game series on Wednesday afternoon at Wake Forest, dropping a 3-0 decision to the Demon Deacons at Wake Forest Baseball Park in Winston-Salem, N.C.

“Today was the true definition of scattered hits,” head coach Tracy Woodson said.  “We had some base runners but we couldn’t put the hits together.”

Wake Forest (11-4) jumped on top in the second inning, as James Harris homered with two outs.  Conor Keniry added a sacrifice fly in the third to increase the Demon Deacons advantage to 2-0.  A two-out error in the eighth led to Wake Forest’s third run, an unearned tally.

Valpo’s lone threat came in the eighth as Billy Cribbs (Rochester, Mich./Rochester H.S.) led off with a double and moved to third  with two outs when Steven Scoby (Delton, Mich./Delton Kellogg H.S.) reached on an error, but the Crusaders could not deliver the big hit to tie the game at that point.

“Worm was good for us today,” Woodson added.  “He did a good job of keeping them off balance.”

Nate Jones earned the win (1-0) for the Demon Deacons, pitching six innings of scoreless baseball, allowing just five hits and striking out one.

Valparaiso (4-7) will head to Buies Creek, N.C. on Friday afternoon to begin a three-game weekend series against Campbell.  First pitch is slated for 2 p.m. CST.