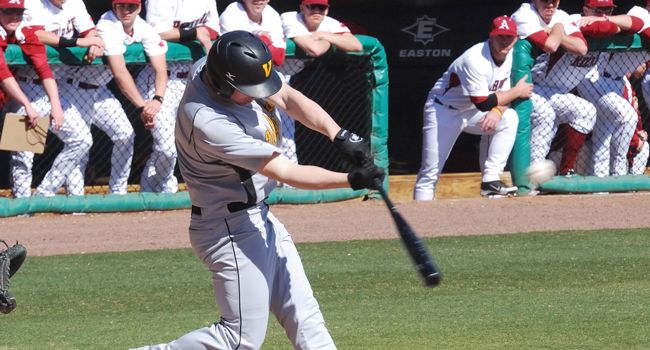 After a bleak weekend in the Windy City, the Crusaders made a small step forward Monday afternoon with a 5-2 win over the Purdue North Central Panthers.

The 26th game of the season for Valpo represented the home opener for a team that has yet to conduct a full-squad practice at Emory G. Bauer Field.

Valparaiso (10-16, 1-5 HL) put a run across in the first inning when second baseman Andrew Bain, who had reached on an infield error, scored on an RBI groundout off the bat of outfielder Chris Manning.

The lead didn't last more than a half inning as Purdue North Central (9-10, 5-6 CCAC) hopped on top thanks to a Greg Toliver two-run double to left center field.  The two-base hit was the only hit of the inning.  Teammates Anthony Olund and Ty Taylor walked and was hit by a pitch, respectively.

Blanked for the next five frames, Valpo broke through after the 7th-inning stretch with four runs on three hits.  Manning supplied the big hit with a bases-loaded single up the middle off Panther starter Sam Maxwell (0-2).  Purdue North Central skipper John Weber went to his bullpen with two outs in the lengthy home half of the 7th, but two bases loaded walks followed before the third out was recorded.

"We hit balls hard and finally put together a big inning in the 7th. Hopefully we can build off this," head coach Tracy Woodson said.

Zack Walsh (1-0) worked 2 2/3 hitless innings to earn his first win of the season.  Trevor Haas made the start for Valpo and lasted six innings, allowing two earned runs before making way for Drew Hasler who got the first out of the top of the 7th.

Bain finished with a three hit day to lead the Valpo offense.