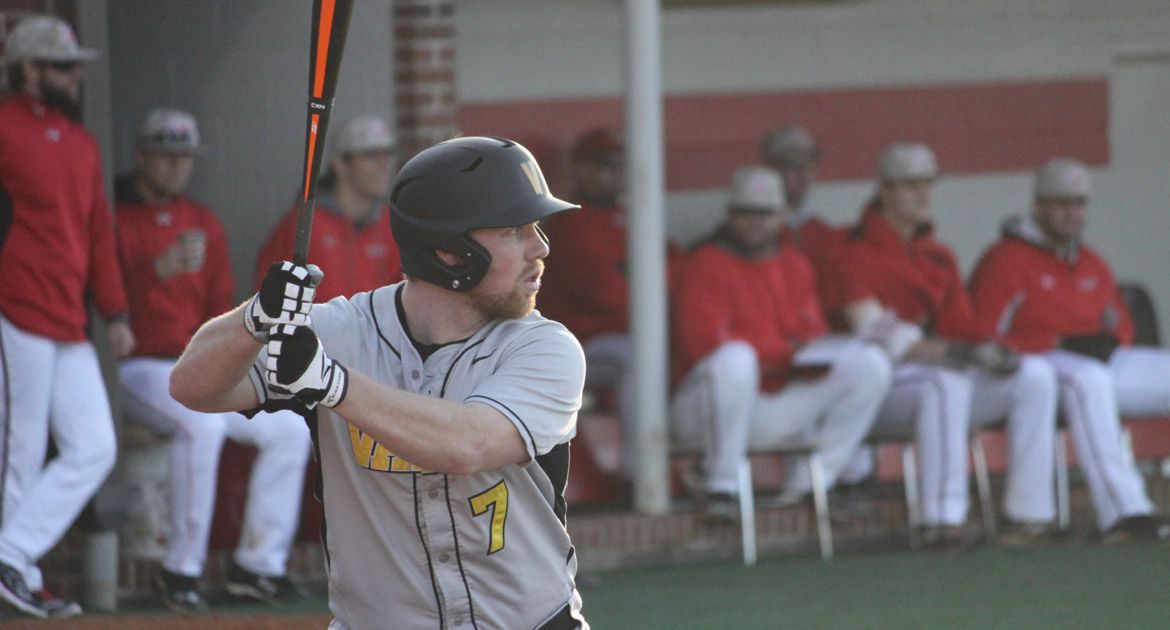 Gardner-Webb managed to keep the Brown and Gold off the scoreboard until junior Dustin Beasley (Round Rock, Texas/Stony Point [Cisco]) 's ninth inning solo jack thwarted the Runnin' Bulldogs shutout attempt in a 5-1 loss at John H. Moss Stadium in Boiling Springs, North Carolina. Valpo's bullpen didn't allow an earned run in three innings of work, but the offense went 0-for-13 at the dish with runners on base.

The Runnin' Bulldogs crossed the plate first with a pair of runs in the second inning. With two away and a runner on second, Scott Johnson and Blair Huggins recorded back-to-back singles off Crusader starter Ryan Fritze (Woodbury, Minn./Woodbury [Des Moines Area CC]) to put the home team ahead by two. Only one of the runs scored that frame was earned.

Gardner-Webb added another couple runs in the third. Collin Thacker sent a leadoff single through the six-hole to get things started. After Fritze notched one of his six strikeouts in the next at-bat, Sam Fulginiti hit an opposite-field double to put two in scoring position with one out. Thacker came home to score from third after Fritze uncorked a wild pitch, and Fulginiti made it 4-0 on a Tyler Best sacrifice fly to right.

Starting pitcher Matt Fraudin kept the Crusader offense at bay for the six innings he worked. The senior didn't allow a run - keeping his season-opening shutout streak alive at 20 innings - and struck out eight while walking three. Valpo strung together three hits versus the righty.

The Runnin' Bulldogs added an unearned insurance score in their half of the seventh on a Best RBI single.

Beasley single-handedly put the Crusaders into the run column in the ninth when he launched a 2-1 Andrew Massey delivery over the left-field wall. The homer was Beasley's second of the season.

Valpo was unable to scratch anything else across as Gardner-Webb registered its second-straight 5-1 victory. The Runnin' Bulldogs (8-1) have now won eight straight.

Sophomore Mario Losi (Anaheim, Calif./Canyon) will do his part to give the Crusaders their first win of the spring Sunday afternoon. The righthander will oppose Jeremy Walker (0-0, 0.00) in a 2:00 pm ET/1:00 pm CT first pitch. Sunday's game time was pushed back late Saturday evening after a forecast calling for morning rain put the original start time in jeopardy.

Links to the free video and live stats are available at ValpoAthletics.com.