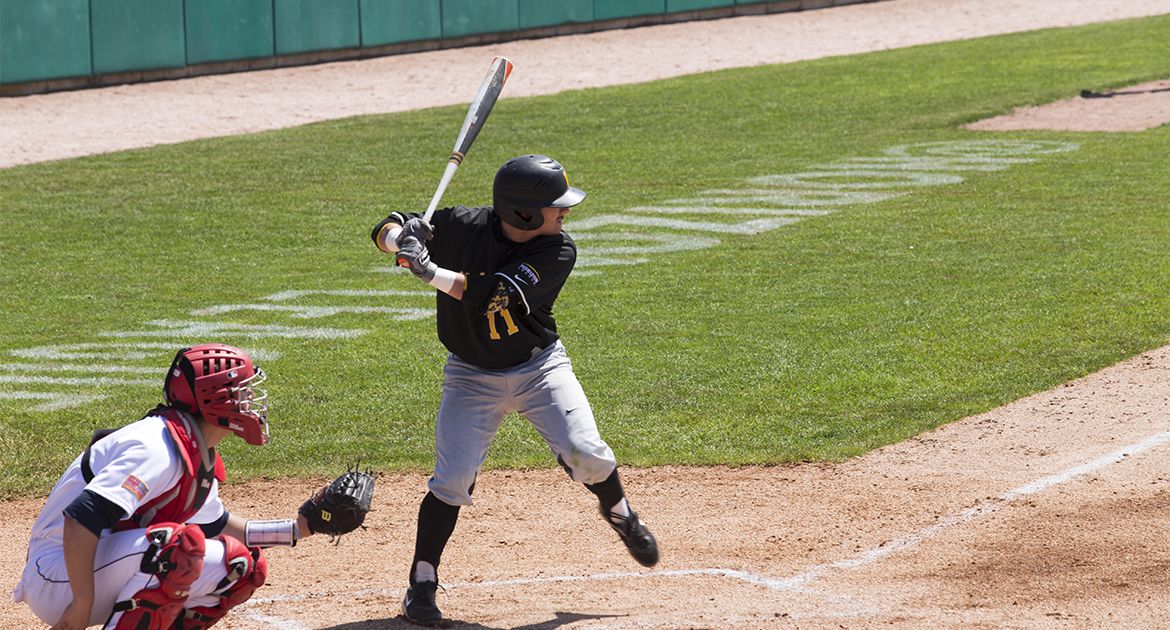 The Crusaders broke a scoreless tie in the third inning, but the Gamecocks roared back with four of their own and went on to win 9-3 at Rudy Abbott Field in Jacksonville, Alabama.

Dalton Lundeen (Streamwood, Ill./Streamwood) dodged some undeserved damage in the bottom of the second to keep it a scoreless game heading into a third inning that proved to be the game's defining column.

Edwards got aboard with a one-out single before going first-to-third on a Stea opposite-field knock. Nolan Lodden (West Des Moines, Iowa/West Des Moines Valley [Heartland CC]) put Valpo on top 1-0 with a double to left field that allowed Edwards to jog home. Stea advanced to third on the extra-base hit. With two men in scoring position, Delaney scorched a single to center field that scored both Stea and Lodden. Jacksonville starter Graham Officer stranded runners on the corner after coaxing a foul out off the bat of Shea Molitor (Plymouth, Minn./West Lutheran [Des Moines Area CC]).

Armed with a 3-0 lead, Lundeen and the Crusaders appeared to have the Gamecocks backed into a corner. However, Lundeen suffered his share of the third-inning hiccups as he walked the first two batters of the frame. Tyler Gamble forced Jacksonville State onto the scoreboard with an RBI single. The self-inflicted damage continued in the next at-bat when Paschal Petrongolo came into score on a balk. Gamble scored two batters later when Elliot McCummings executed a successful squeeze play to tie the game. Austin Green put JSU ahead with a two-out single to right-center that allowed Hayden White to score, giving the home team a 4-3 lead after three innings.

The Gamecocks tacked on an insurance run in their next at-bat. Speedster Gavin Golsan singled to leadoff the fourth before swiping second base. Daniel Clayton sent an RBI single the other way to give his team a 5-3 advantage.

Valpo loaded the bases in its half of the fifth after chasing Officer. The righty was one out away from getting out of the fifth before he was pulled in favor of freshman Derrick Adams. Adams loaded the bases after he issued free passes to the first two batters he faced - Josh Clark (Granada Hills, Calif./Hillcrest Christian [Riverside City]) and Molitor. The rookie escaped unscathed, though, inducing an inning-ending groundout off the bat of Sam Shaikin (West Hills, Calif./Chatsworth).

The Crusaders jammed the sacks again with one out in the sixth, but JSU reliever Grant Chandler quelled the threat by retiring Nate Palace (Westlake Village, Calif./Oaks Christian) and Delaney on strikes.

The Gamecocks rode the wave of momentum in the bottom half of the inning, scoring three runs - one earned - off senior Trevor Haas (Mount Prospect, Ill./Hersey). Valpo committed five errors on the day.

Jacksonville State added another unearned run in the eighth and won by a final of 9-3.

Valpo (0-1) and Jacksonville State will continue its series tomorrow at Rudy Abbott Field. First pitch is scheduled for 1:00 pm CT. Links to the radio call and live stats are up at ValpoAthletics.com.