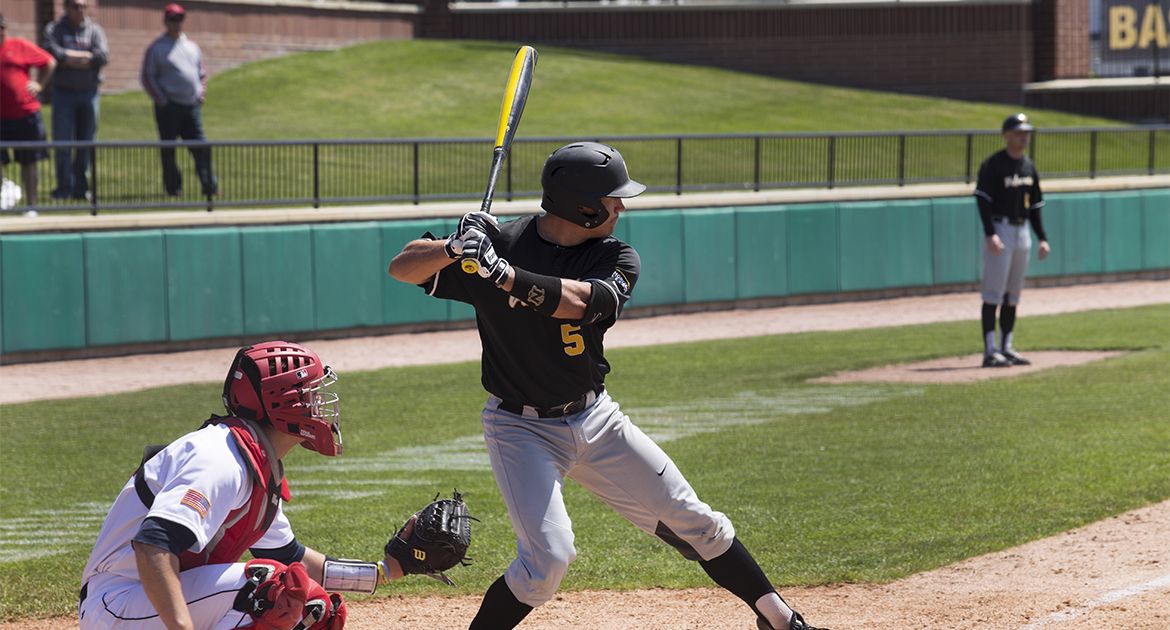 A successful suicide squeeze play in the 10th inning lifted the Valpo baseball team to a 5-4 extra-innings victory Friday at Bill Aker Baseball Complex in Highland Heights, Kentucky. The triumph gave the Crusaders a win in their Horizon League opener for the second time in three years.

The first four Crusaders reached against NKU starter Pat Kelley in the third when Valpo opened the scoring.

Freshman Chase Dawson (Chesterton, Ind./Andrean) plugged the right-center field gap with his second triple of the season, scoring James Stea (Los Alamitos, Calif./Los Alamitos [Golden West]) from first base. Dawson was able to skip to home plate after Nate Palace (Westlake Village, Calif./Oaks Christian) singled to left. Valpo had two men on with nobody out when Dan Delaney (Thousand Oaks, Calif./Thousand Oaks [Fresno State]) stepped to the dish. Delaney, who had recorded the club's first hit of the day an inning prior, stroked the first delivery he saw from Kelley; however, third baseman Mike Moffatt snared the shot and fired across the diamond for a double play.

Valpo led 2-0 after two and a half innings.

Starting pitcher Dalton Lundeen (Streamwood, Ill./Streamwood) picked up right where he left off last Friday at Dallas Baptist. The left-hander held the Norse scoreless until the seventh when the home team scratched across two unearned runs.

What should've been Lundeen's third clean side ended in NKU tying the game at 2-2. Norse shortstop Dominic Mercurio rolled a grounder to short with one out in the home half of the seventh. A throwing error extended the inning to the top of the order. Conor Ledger sent a two-out RBI double to right-center field. Two batters later, Will Haueter singled to right to plate Ledger. Luke VanLanen (Pulaski, Wis./Pulaski) came on in relief of Lundeen after Haueter's base hit. The sophomore struck out Mike Moffatt as the Crusaders escaped the seventh without further damage.

Northern Kentucky staged a late comeback to send the game to extra innings.

Brad Bohlen brought home pinch-runner Billy Marion on a ground out for the second out of the ninth to make it 4-3. Quint Heady knotted it up at 4-4 with an RBI single to center off Ryan Fritze (Woodbury, Minn./Woodbury [Des Moines Area CC]).

Fritze worked around a leadoff single in the bottom half of the 10th to secure the 5-4 victory and notch his first win of the season.

Valpo (5-11, 1-0 Horizon) will continue its series with Northern Kentucky (6-11, 0-1 Horizon) Saturday afternoon at 1 pm ET/12 pm CT. Links to the audio and live stats are available at ValpoAthletics.com. Follow @ValpoBaseball for any potential weather adjustments.