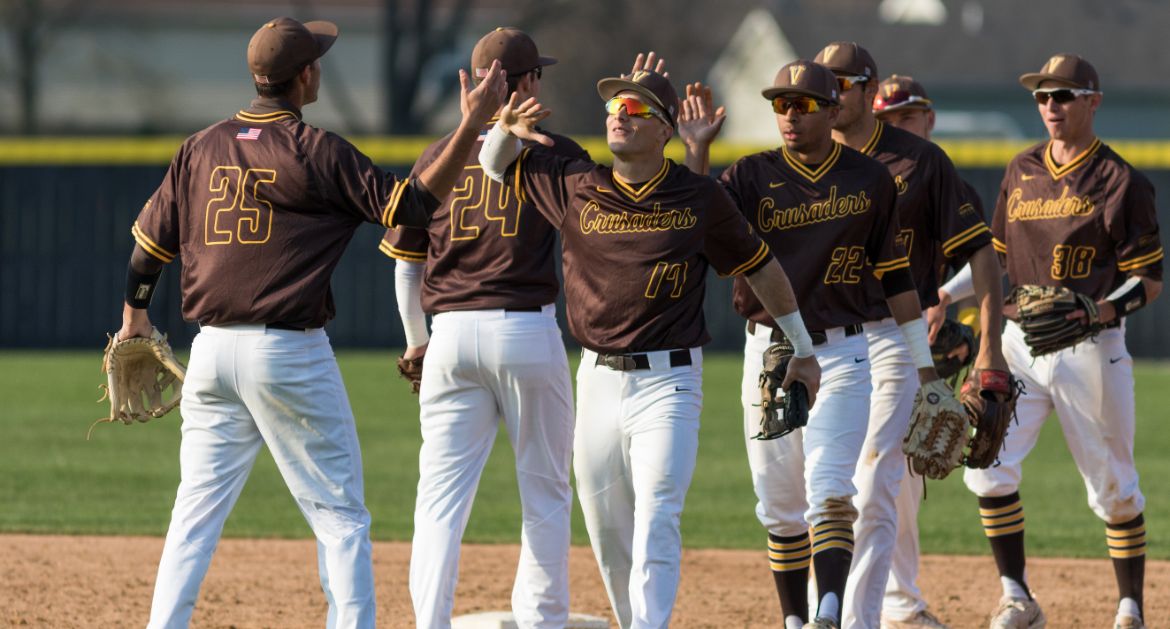 For the third time in the series, the Valparaiso University baseball team engaged in a back-and-forth affair with Youngstown State on Sunday afternoon at Eastwood Field in Niles, Ohio. This time the Crusaders got the last laugh, as Jayden Eggimann (Mesa, Ariz. / Desert Ridge [Central Arizona / Grand Canyon]) belted his first Valpo home run in the top of the ninth, a three-run shot that proved to be the difference in the game.

The Crusaders will host Northern Illinois on Tuesday at 3 p.m. at Emory G. Bauer Field. The game will be broadcast on 95.1 FM, WVUR Valparaiso. Links to live audio and stats will be available on ValpoAthletics.com.