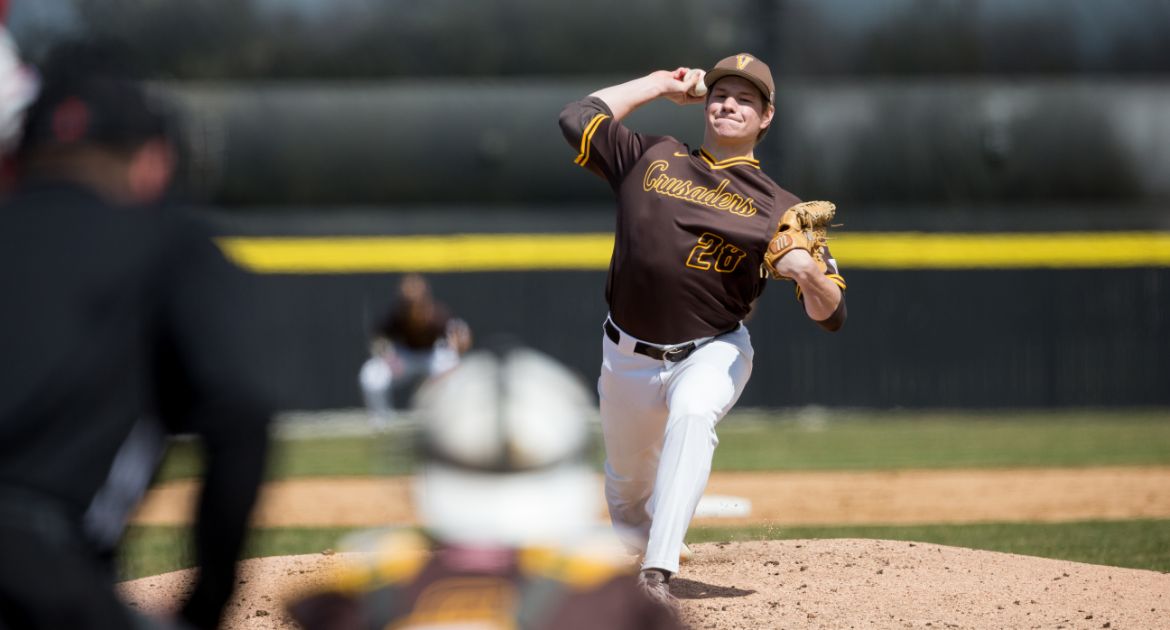 The Valparaiso University baseball team continued its recent trend of scoring early and often on Friday night at Braun Field in Evansville, jumping out to an early lead with three in the first and three more in the second against the host Purple Aces. That was more than enough for sophomore starting pitcher Jon Tieman (Crystal Lake, Ill. / Prairie Ridge), who hurled a 112-pitch complete game win.

The Crusaders and Purple Aces will do it again on Saturday with the middle game of the series. The first pitch is slated to occur at 2 p.m. CT at Braun Stadium and the game will once again be broadcast on The Valley ESPN3.