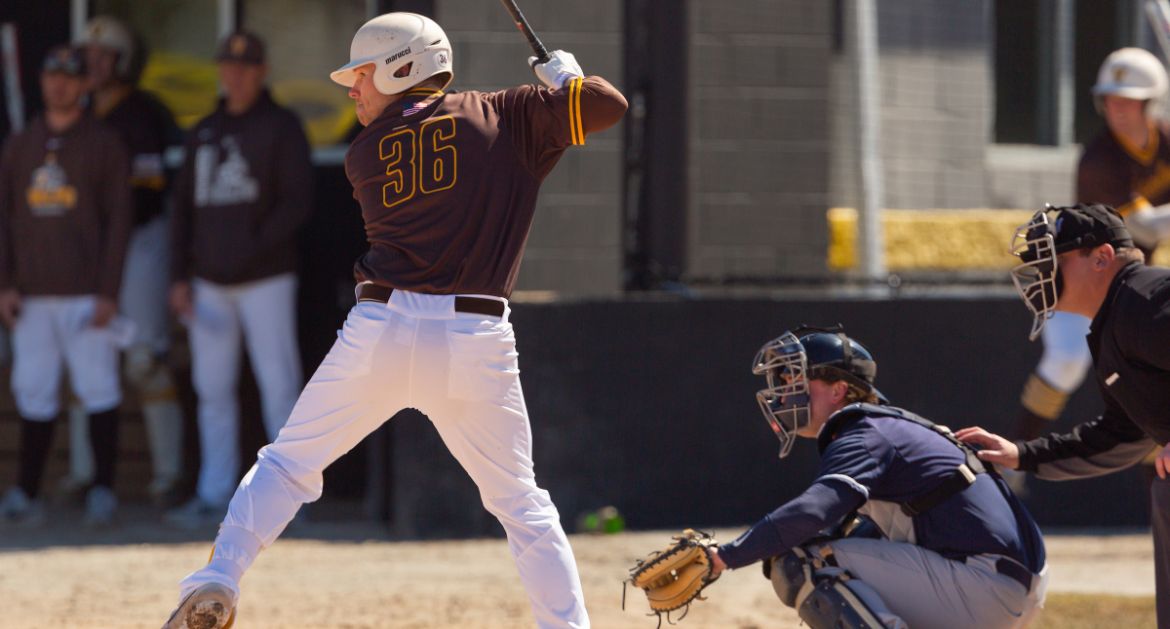 Blake Billinger had three hits including a home run on Friday.
Valparaiso at DBU | March 29, 2019

The Valparaiso University baseball team held its own early but DBU pulled away late for a 10-5 victory in the 2019 Missouri Valley Conference opener on Friday night at beautiful Horner Ballpark in Dallas. Senior Blake Billinger (Los Gatos, Calif.  / St. Francis [Mission]) cracked his team-leading fifth home run of the season as part of his three-hit performance to pace Valpo.

Valpo (5-17, 0-1 MVC) will be back in action on Saturday afternoon for the middle game of this weekend’s three-game series at DBU. Colin Fields is slated to take the mound for a 2 p.m. start. Links to live video, audio and stats are available on ValpoAthletics.com.