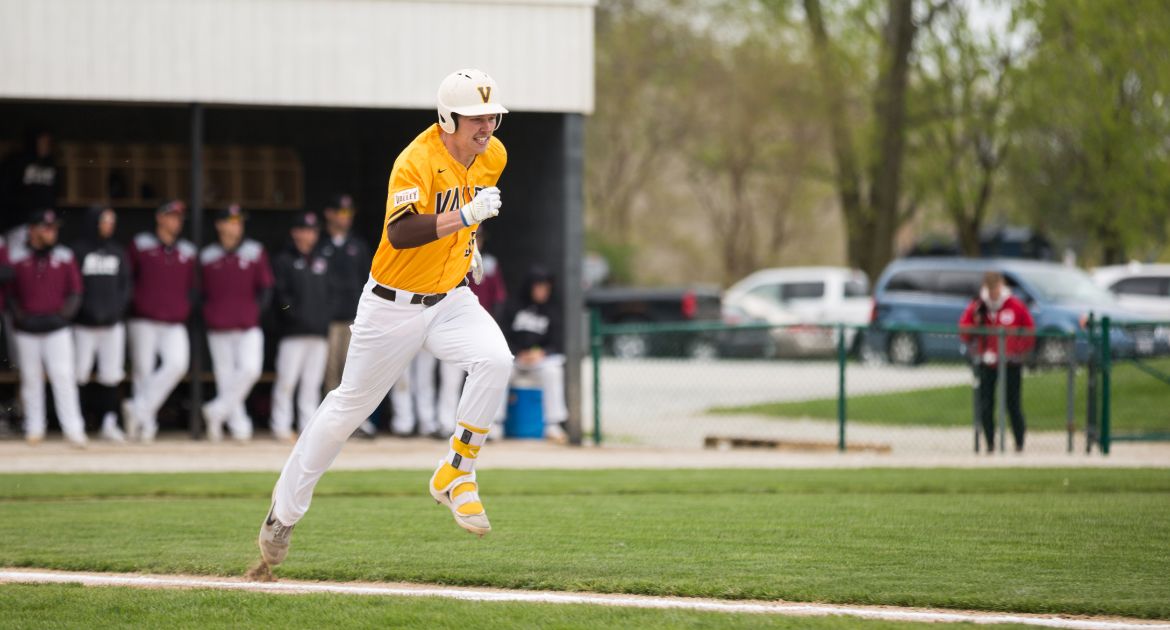 Blake Billinger had three hits plus a walk in Saturday's regular season finale.
Valparaiso at Missouri State | May 18, 2019

The Valparaiso University baseball team held a late lead in Saturday’s regular season finale, but Missouri State came from behind for an 8-6 win that ended with a walk-off home run to snap a 6-6 tie. Valpo finished the regular season with six Missouri Valley Conference wins, equaling its conference win total from a year ago despite playing in a conference that is ranked sixth nationally in RPI this season.

Valpo (14-35, 6-15 MVC) and Missouri State (19-34, 10-11 MVC) will do battle on Tuesday in the opening round of the Missouri Valley Conference Tournament. The winner of the game will advance to the double elimination portion of the tournament, while the loser will see its season come to a close. All games in the MVC Tournament will be broadcast on ESPN+ with live stats also available.