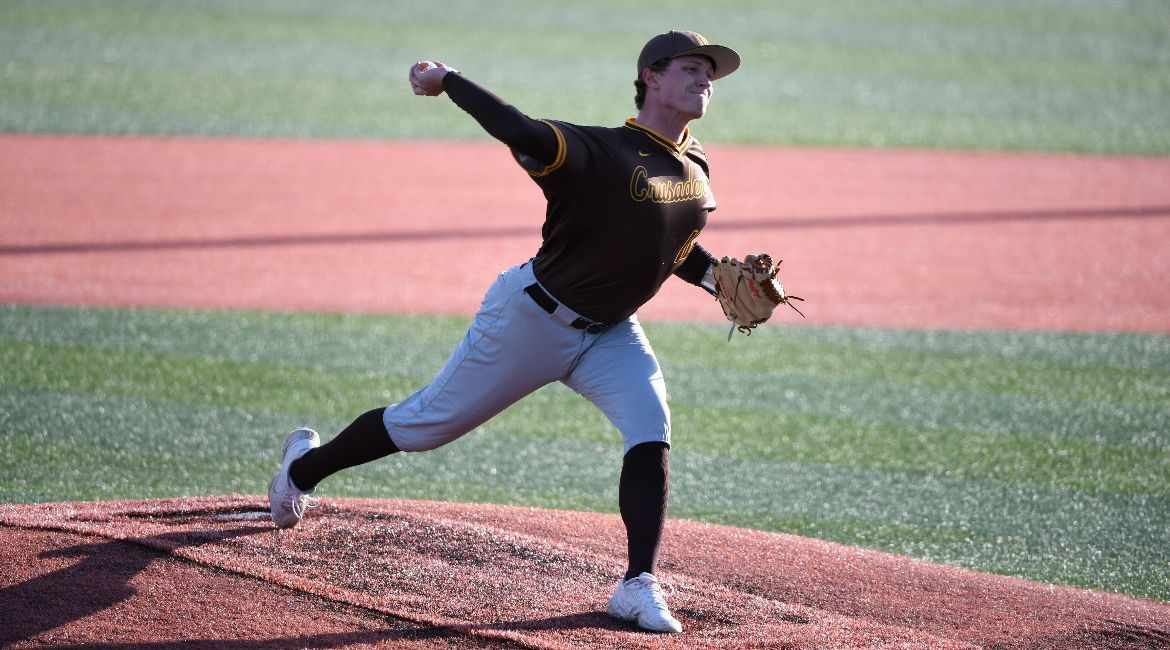 Easton Rhodehouse pitched out of the bullpen for Valpo on Tuesday.
Valparaiso at #12 Notre Dame | March 23, 2021

Valpo (4-10) will return to action on Friday against Butler in Indianapolis. The game is slated to begin at 3 p.m. CT. In addition, Valpo and Butler have announced a schedule change for this weekend as all three games will take place in Indianapolis. The two teams will play a doubleheader on Saturday beginning at 11 a.m. CT.