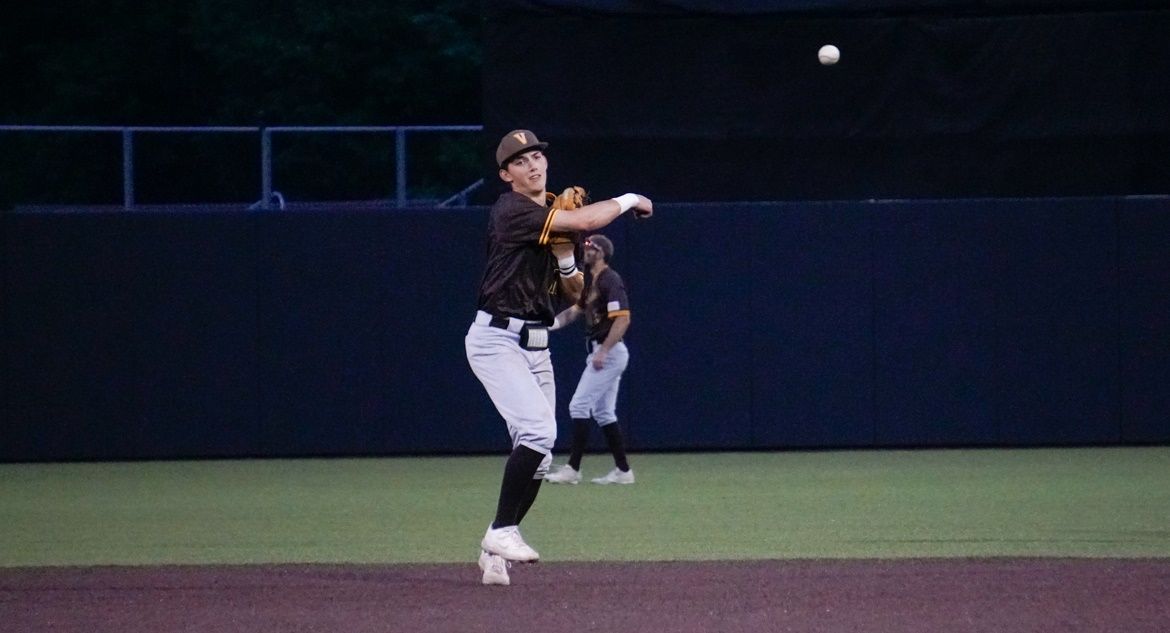 Parker Johnson had the go-ahead hit in the 10th on Tuesday.
Valparaiso at Missouri State | May 25, 2021

The route may have been circuitous, but the bottom line remains unchanged: The Valparaiso University baseball team survived and advanced late Tuesday evening at Itchy Jones Stadium in Carbondale, Ill.

An unearned run helped Missouri State get even in the bottom of the ninth to send the Missouri Valley Conference Tournament opening-round game to extra innings, but that set up Parker Johnson’s (Golden Valley, Minn. / Hopkins) heroics in the top of the 10th. The freshman infielder delivered a two-out, two-run double in Valpo’s 6-4 victory over the Bears, earning a date with top-seeded DBU on Wednesday morning after nailing down the first triumph over Missouri State in program history.

On a day where a rookie served as the offensive hero, a pair of seniors got it done on the mound. Easton Rhodehouse (Gilbert, Ariz. / Highland) worked 4 1/3 innings of three-hit ball and permitted just two runs before giving way to his longtime teammate Jon Tieman (Crystal Lake, Ill. / Prairie Ridge), who earned the win by yielding just one earned run on three hits over 5 2/3 frames.

Valpo (15-33) advances to take on top-seeded DBU at 10 a.m. on Wednesday. The game will air on ESPN+. Links to live video and stats can be found on ValpoAthletics.com. RHP Ryan Mintz will start Wednesday morning’s game for the Brown & Gold.