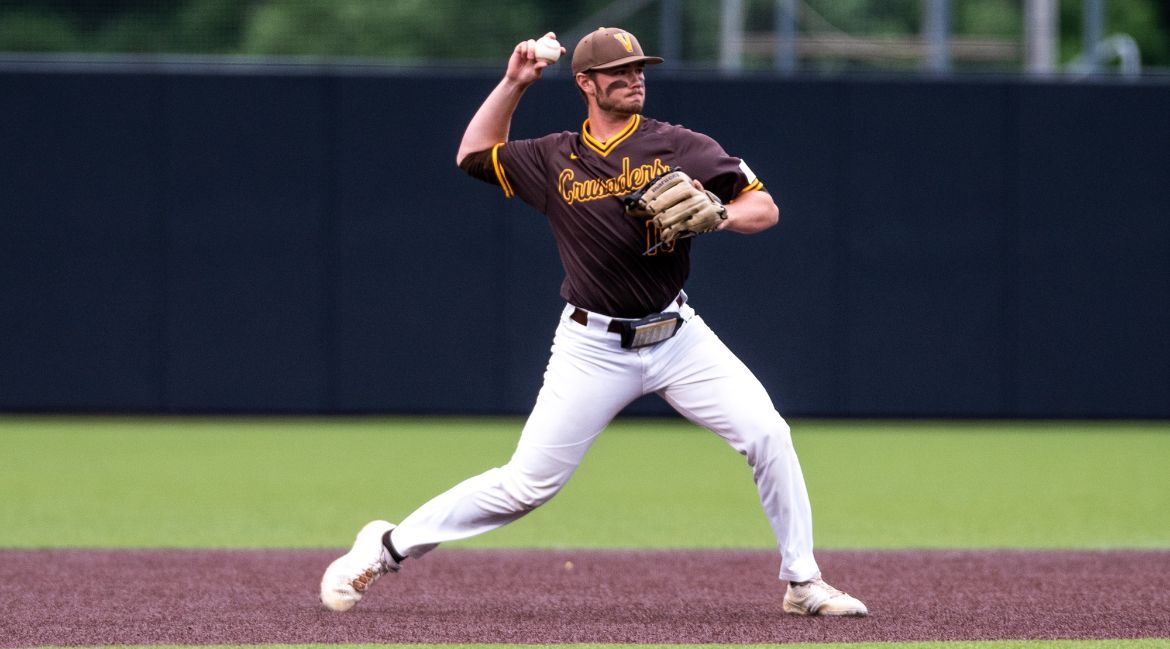 Kaleb Hannahs became the first Valpo freshman to lead the team in batting average since 2012.
SIU at Valparaiso | May 28, 2021

The Valparaiso University baseball team was one of the final four teams standing at the Missouri Valley Conference Baseball Tournament in Carbondale, Ill., but a strong run that featured a pair of victories came to an end on Friday night with an 11-5 defeat to host Southern Illinois.

Wins over Illinois State and Missouri State earlier in the week helped Valpo join Indiana State, DBU and Southern Illinois as the only teams with multiple MVC Tournament victories and the final teams remaining. The other three aforementioned teams were all nationally ranked at one point this season and are in contention for NCAA at-large berths.

The tournament run came after Valpo posted its highest league-only winning percentage since joining The Valley as a young team competing in the seventh-ranked conference nationally in RPI. Valpo received 57.8 percent of the team’s at-bats from freshmen and 79 percent of the team’s innings pitched from either freshmen or sophomores.

Inside the Game, Season and Careers