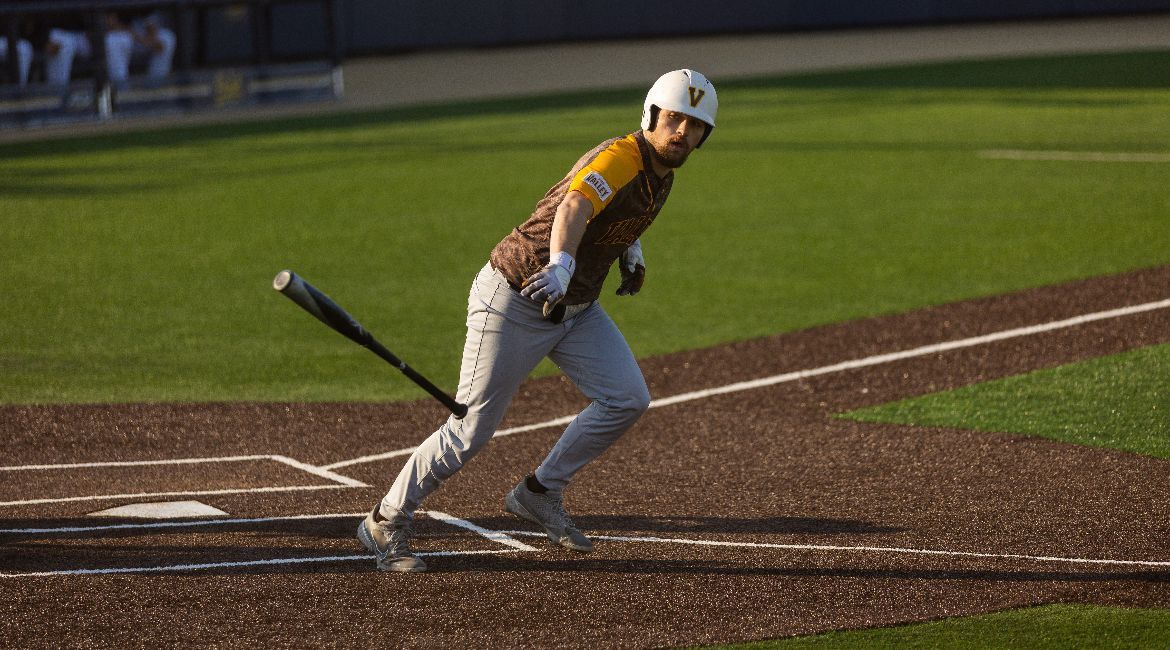 Next Up in Valpo Baseball: The Valparaiso University baseball team will host a home series for the first time this season as St. Bonaventure comes to town for three games this weekend. The Beacons and Bonnies will lock horns in a doubleheader on Friday before concluding the set with a single game on Saturday. Note that the schedule for the weekend was altered due to forecasted cold temperatures for Saturday and Sunday. Since Wednesday’s scheduled game vs. Milwaukee was postponed, Friday’s doubleheader will mark the home opener and the first-ever web streamed games from Emory G. Bauer Field as the program has added streaming capabilities this season.

Last Time Out: Murray State’s unblemished 12-0 home record and the program’s longest home winning streak since 1958 came to an end at the hands of Valpo as the Beacons prevailed 7-2 in Game 1 of a doubleheader this past Saturday afternoon. Murray State won Friday’s series opener 8-2 and Saturday’s nightcap 5-1, but Valpo earned a 6-1 win in Sunday’s series finale to garner a road split against the team picked to finish second in the Ohio Valley Conference. The series served as a preview of future Missouri Valley Conference showdowns as the Racers will join the MVC next season. Valpo was slated to play a midweek game on Wednesday vs. Milwaukee, but the contest was postponed due to inclement weather and will be made up as part of a doubleheader on April 5 at Milwaukee.

Following the Beacons: This weekend’s games will air on ESPN3 with links to live video and stats available on ValpoAthletics.com. This marks the first season that Valpo baseball features video streaming capabilities for home games. Brian Jennings will have play-by-play for Friday’s doubleheader, while Todd Ickow will describe the action on Saturday. Thomas Kithier will serve as the color analyst for all three games in the series.

Head Coach Brian Schmack: Brian Schmack (159-244), the 17th head baseball coach in Valparaiso University history, is in his ninth season in charge of the program. This year, he moves into sole possession of third in program history for number of seasons coached with nine, surpassing Donald Warnke (1946-1953). Entering the season, Schmack’s win total ranks fourth in program history after he surpassed Rick Ferchen (1982-1987, 147) during the 2021 campaign. Also in 2021, Schmack joined Paul Twenge (1988-2006), Emory G. Bauer (1954-1981) and Tracy Woodson (2007-2013) as the only head coaches to reach the 150-win threshold. The former big-league pitcher led Valpo to 25 wins in his inaugural campaign in 2014, a school record for victories by a first-year skipper. Schmack, a member of the 2003 Detroit Tigers, served as pitching coach/associate head coach at Valpo for seven seasons prior to his promotion.

Series Notes: Valpo and St. Bonaventure have faced off on the diamond just once prior to this weekend. That meeting was a 5-4 Valpo victory on March 2, 2013 in Port Charlotte, Fla. That matchup occurred during Tracy Woodson’s final seasons leading the program, a year that culminated with an NCAA Regional appearance.

Top 60 RPI: Valpo is rated among the top 60 nationally, according to Rating Percentage Index (RPI). The Beacons are 58th in the RPI through March 22 games, one of three Missouri Valley Conference teams in the top 60. DBU is No. 1 in the RPI and Illinois State is 36th. This marks a significant bump from last season, when Valpo finished the year at 210.

Leading the League: As of March 23, the Valpo pitching staff leads the Missouri Valley Conference and ranks 53rd nationally in strikeouts per nine innings at 10.2. Furthermore, the Beacons lead the league and rank 32nd in the nation with seven triples. Bobby Nowak is the MVC leader with four saves, a number that ranks 21st in the nation, while Colin Fields’ 42 strikeouts have him first in the league and 31st nationally. In terms of strikeouts per nine innings, Fields ranks fourth in the nation and leads the MVC at 15.97.

Opening the Home Slate: Valpo will finally lift the lid on the home portion of the season after 16 straight away from home. Here’s a look at home opener dates and results during the Brian Schmack Era, during which time the program holds a 3-4 mark in home lidlifters.

Fields Firing: Colin Fields racked up nine strikeouts in his most recent start, a victory in Game 1 of a doubleheader on March 19 at Murray State. He has notched seven or more strikeouts in all five of his starts this season. Fields sent down 11 straight from the second to the sixth in the game against the Racers, settling in after walking five but allowing no runs over the first two frames. He has a league-high 42 strikeouts this season and 192 in his collegiate career. His 42 strikeouts rank tied for 31st nationally. Fields is eight strikeouts away from becoming the 12th player in program history to reach 200.

Through 16 Games: The start of the season is always a challenge for the Beacons, who play a string of true road games against warm-weather competition with little chance to practice outdoors. Valpo’s 7-9 record through 16 games represents its best winning percentage at this juncture of the season since 2014.

In the Other Dugout: St. Bonaventure

Sophomore Jump: Alex Thurston is off to a stellar start to his sophomore season. Thurston’s year has featured a sophomore jump rather than a sophomore slump as he has boosted a .158 batting average from last season to .339 in 2022, second on the team. Thurston is reaching base at a .403 clip after he finished his freshman season with a .284 OBP. March 15 at No. 6 Notre Dame, he became the first Valpo player with a double-figure hitting streak this season after two did so a year ago (Kyle Schmack and Kaleb Hannahs). That 10-game hitting streak came to an end on March 18 at Murray State, but he still has a hit in 13 of his last 14 games entering the weekend series vs. St. Bonaventure.

Strong Start: The start of the season is never easy for Valpo, a cold-weather team that begins the calendar each year with a lengthy string of road games, mostly against warm-weather competition. This year, Valpo withstood those early-season challenges to put together the program’s best record through eight games since 1999. That season, Valpo also started 5-3, but had the benefit of starting the season with five neutral-site games in Florida. This year, the Beacons have played exclusively true road games entering the March 23 home opener vs. Milwaukee. Prior to dropping all three March 12-13 at Ohio Valley Conference preseason favorite SEMO, Valpo had won five of its previous six games, a stretch that included the program’s first four-game winning streak since late in the 2019 season against Southern Illinois and Chicago State. This year’s four-game winning streak was the program’s longest that came in all true road games since March 2014 (two at Texas A&M CC, one at Chicago State, one at UIC).