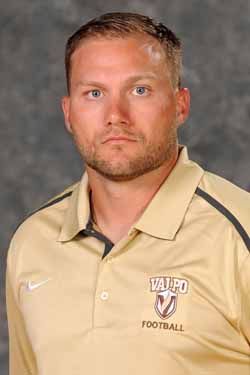 Justin Stovall  was named linebackers coach and special teams coordinator for the Crusaders in January of 2014 after serving as an assistant coach at Lehigh for two seasons. Stovall played college ball at three-time Patriot League champion Lafayette from 2003-06. Stovall worked alongside the defensive coordinator at Franklin and Marshall for three seasons before accepting the defensive assistant position at Villanova. He was the outside linebackers coach at Lehigh.