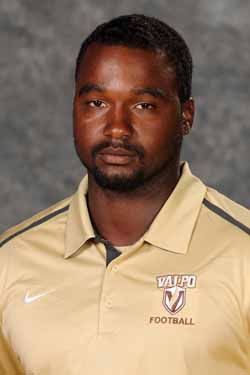 A former wide receiver at Eastern Michigan University, Logan arrives to Valpo having spent last year as associate head coach/defensive coordinator/defensive backs coach at Southeastern High School in Detroit. Logan also served on the Concordia University (Mich.) coaching staff as assistant coach in 2012, following three seasons as the assistant head coach at Ypsilanti High School from 2009-2011. During that time, Logan also worked as a learning coordinator at the University of Michigan in Ann Arbor. Logan obtained his Bachelors degree from Eastern Michigan University in 2010.

"We are excited to have Coach Logan join our staff.  His experience at the high school level will help us both on the field and on the recruiting trail," Cecchini said.