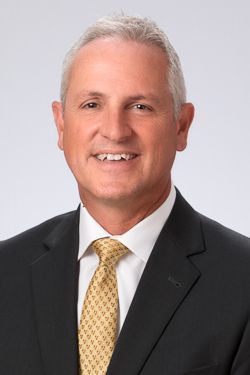 The team cracked the program record book several times over the course of the season, which was Valpo’s second as a member of the Missouri Valley Conference. Valpo set the program record for 36-hole tournament low at the Butler Spring Invitational on April 1-2, carding a 580. Gring’s squad followed that up with the second-best 36-hole score in program history by stroking a 582 at the Wright State Invitational from April 14-15. Both performances also ranked in the Top 10 in program history in 36-hole tournament low in relation to par. Under Gring’s guidance, sophomore Jack Juskow cracked the program record book with an 18-hole round of 67 (t-6th all-time) at the Wright State Invitational on April 15 to finish the event with a 141, the second-best 36-hole score in program history.

The individuals under Gring's tutelage have also enjoyed success over his tenure. In that time, seven Valpo players have earned individual medalist honors at tournaments, including Thomas Wettstein claiming the individual title at the Horizon League Championship in 2013. In addition, 14 individuals have picked up runner-up finishes over that time. At the league level, 11 Valpo athletes have earned all-league honors, while Peter Webb was tabbed the Horizon League Freshman of the Year in 2014 before going on to share the league’s Player of the Year award as a senior.