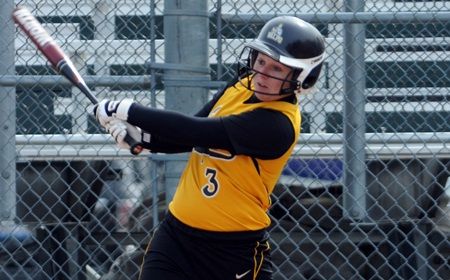 For the second time in two days, Valparaiso came out on the wrong end of a pitcher's duel, as Butler made two first-inning runs stand up to hand the Crusaders a 2-0 defeat Wednesday afternoon in Indianapolis, Ind.

Valpo had a good shot at opening the scoring in the top of the first, as junior Sara Strickland (Scottsdale, Ariz./Horizon) led off the game with an infield single, advancing to second on a throwing error by the Bulldogs.  But with one out, Strickland was caught too far off second base and was picked off, eliminating the Crusader threat.

Butler scored the game's only runs in the bottom of the first.  With two out, Lauren McNulty reached on a softly-hit spinner to second base and Erin Falkenberry singled up the middle to put two on.  Jessica Huey knocked a single just under the glove of first baseman Kelsey Phalen (Batavia, Ill./Batavia) and into right field, scoring McNulty and moving Falkenberry to third.  Huey took off for second on the first pitch, stopped halfway and then retreated towards first, drawing the defense's attention long enough to allow Falkenberry to scamper home and make it a 2-0 lead.

The Crusaders went down in order in each of the next four innings, but Crusader starter Alex Lagesse (Beecher, Ill./Beecher) worked around some baserunners, stranding five over that stretch to keep Valpo within two runs.  Valpo had its best chance of the game in the sixth, as sophomore Tori Brown (Harrison, Ohio/Harrison) worked a leadoff walk and stole second before a two-out infield single by Strickland put runners on the corners.  Strickland then swiped second, putting two in scoring position, but a soft pop-up to second ended the inning.  Valpo then went down 1-2-3 to end the game in the seventh.

Lagesse fell to 8-10 on the year despite giving up just the two runs on six hits over six innings.  Butler (22-15, 8-3 Horizon) starter Jenny Esparza improved to 10-5 with her two-hit complete-game effort.

Valparaiso (23-17-1, 6-6 Horizon) continues Horizon League play on Saturday with a doubleheader at Youngstown State.  First pitch is slated for noon CDT, and live stats for both games will be available at www.valpoathletics.com.