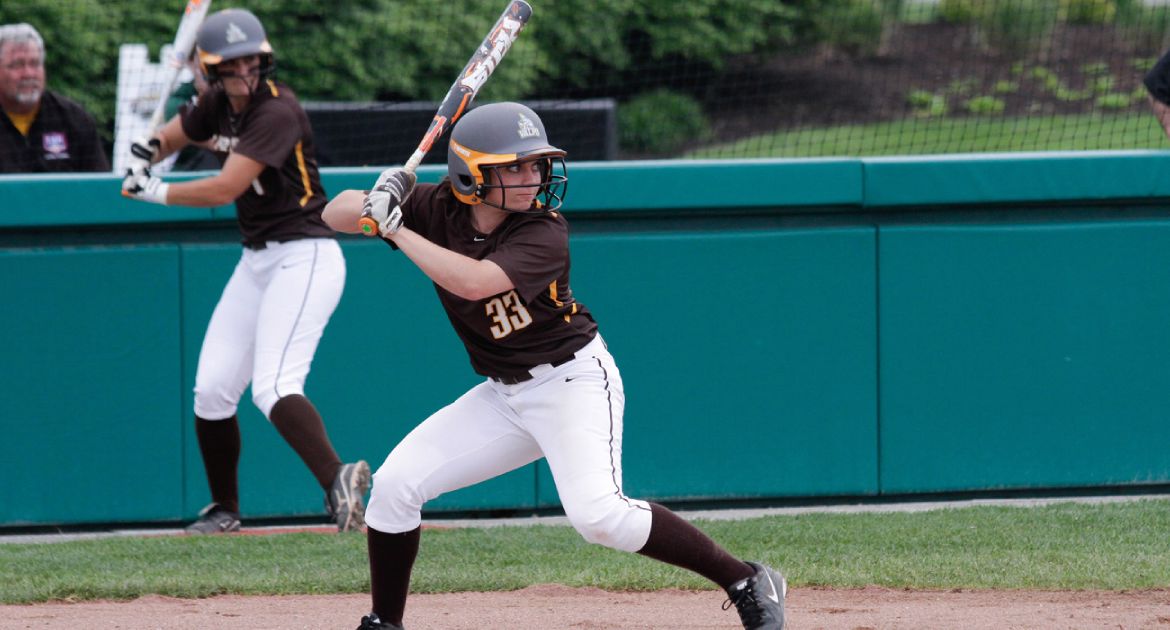 The Valparaiso softball team split two games Friday as the Crusaders opened their final spring break action at the Rebel Spring Games in Kissimmee, Fla.  Valpo opened the day falling to Bucknell, 6-2, but bounced back for a 9-2 win over Albany to snap its seven-game losing streak.

The Crusaders got off to a quick start in the opener versus Bucknell, Sophomore Jorgi Calombaris (Frankfort, Ill./Lincoln-Way East) led off the bottom of the first with a walk, and moved over to third on a double from junior Kaitlyn Ranieri (Schererville, Ind./Lake Central).  Both Calombaris and Ranieri would cross the plate on a two-out error, giving Valpo a 2-0 lead through the first frame.

But Valpo would get just three runners into scoring position the rest of the way, none of which advanced past second base.  Meanwhile, Bucknell evened up the game in the fourth, scoring two runs on a pair of infield groundouts, and then took control in the sixth, pushing across the final four runs of the contest, only one of which was earned.

Amanda Fazio earned the win for Bucknell (16-9), improving to 10-4 as she went the distance in the circle.  Junior Taylor Weissenhofer (Orland Park, Ill./Lockport Township) took the hard-luck loss, falling to 0-5 as she surrendered just one earned run in six innings of work.  The Crusader offense struggled against the Bison, picking up just five total hits and going 0-for-10 with runners in scoring position.

Valpo fell behind in the nightcap versus Albany, surrendering a run in the bottom of the first, but would bounce back quickly, scoring in the top of the second to take the lead for good.  Junior Sierra Pico (Las Vegas, Nev./Legacy) led off the frame with a single, and freshman Jenna Stauffenberg (Kankakee, Ill./Bishop McNamara) and sophomore Taylor Lawson (Tucson, Ariz./Sahuaro) followed with walks to load the bases with two outs.  Ranieri stepped up to the plate and drove a double to the left-center gap, clearing the bases and giving Valpo a 3-1 lead.

Albany plated a run in the bottom of the third to close to within 3-2, but with two outs, Lawson threw out the potential tying run at the plate to maintain the Crusader lead.  The top of the fifth saw senior Tarah McShane (Streamwood, Ill./St. Edward) connect on a two-run homer to push the advantage to 5-2, and the Crusaders salted the game away in the seventh with four more runs.  McShane and Pico both delivered RBI base knocks in Valpo’s final turn at bat, while freshman Taylor Nadler (New Haven, Mo./St. Francis Borgia) drove in two runs with a single of her own as well.

Calombaris, McShane and Pico all had multi-hit games for the Crusaders against Albany, as Valpo banged out eight hits, including a 5-of-10 effort with runners in scoring position.  The trio all scored two runs apiece as well.  Freshman Ashlyn Montgomery (Lebanon, Ind./Lebanon) earned the win in the circle with a complete-game effort, scattering 10 hits and not walking anybody to improve to 2-2 on the year.  Devin Durando went the distance for Albany (6-7), taking the loss and falling to 3-1.

Valparaiso (4-12) continues play from the Rebel Spring Games Saturday with two more games.  The Crusaders will rematch with Albany at 9 a.m. CT before taking on Niagara at 11:15 a.m.