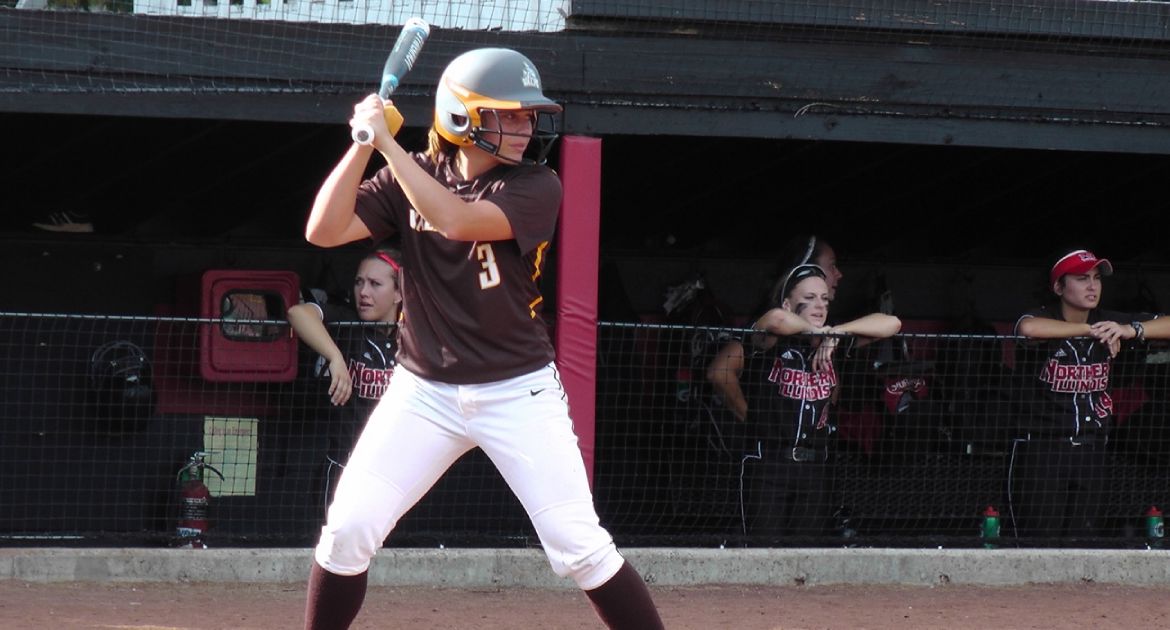 On an overcast day Tuesday afternoon at the Valparaiso University Softball Field, the Valparaiso softball team struggled to finish innings offensively, leaving 10 runners on base in a 5-2 loss to IPFW.

The Crusaders had chances on offense against the Mastodons, tallying eight hits while also drawing five walks.  But the final 60 feet around the basepaths seemed to evade Valpo, as the Crusaders left the bases loaded twice and left a runner on third base in another inning while going just 2-for-10 with runners in scoring position.

Valpo opened the scoring on Tuesday in the bottom of the first, as sophomore Taylor Lawson (Tucson, Ariz./Sahuaro) led off the inning with a walk and came around to score on a single into right field from fellow sophomore Jorgi Calombaris (Frankfort, Ill./Lincoln-Way East).  IPFW answered in its next turn at bat with a run, and added two more tallies in the third inning to take its first lead.

Trailing by two entering the bottom of the third, Valpo pulled one run back to move within 3-2, as junior Sierra Pico (Las Vegas, Nev./Legacy) picked up an infield single with the bases loaded and two outs.  A pop-up would end the chance for more runs, however.

The two sides combined for just one baserunner in the next two innings before IPFW added an insurance run to push the lead to 4-2 in the top of the sixth on an RBI single from Jenna Balthazor.  Two singles and a walk loaded the bases for the Crusaders in the bottom half of the inning, but a foul-out and a strikeout kept the deficit at two runs.

The Mastodons posted one final run thanks to an RBI double by Morghyn Neal in the seventh, and while Valpo would put two runners on base in its last at-bat to bring the potential tying run to the plate, a ground ball double play closed out the game in IPFW’s favor.

Freshman Ashlyn Montgomery (Lebanon, Ind./Lebanon) took the complete-game loss for Valpo, falling to 5-5 on the year.  Sarah Lazarowich picked up the win in the circle for IPFW (3-30), going the distance and striking out seven hitters.  Calombaris and Pico each had two of Valpo’s eight hits, while junior Kaitlyn Ranieri (Schererville, Ind./Lake Central) reached base twice with two walks and a base knock.

Valparaiso (8-23) won’t have long to sit on Tuesday’s result, as the Crusaders return to action Wednesday afternoon in a doubleheader at Big Ten foe Wisconsin.  First pitch of game one is slated for 3 p.m., with live stats available through ValpoAthletics.com.