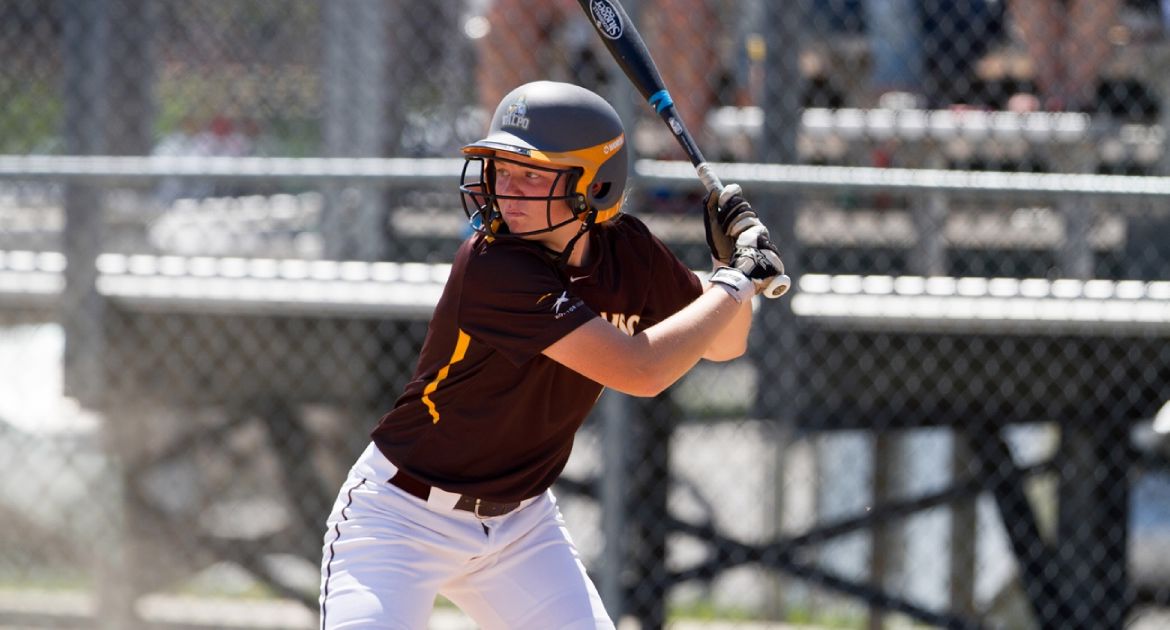 The Valparaiso University softball team was two outs away from its first win of the year Friday in its opener at the Hilltopper Spring Fling from Bowling Green, Ky., but Western Carolina scored three runs in the top of the seventh to pull out a 5-4 win. The Crusaders fell to host WKU later in the day, 7-1.

The Crusaders gained an early lead against Western Carolina Friday morning, scoring in the bottom of the second as sophomore Stephanie Moreno (Murrieta, Calif./Murrieta Valley) doubled with one out and scored two batters later on an RBI single from fellow sophomore Brenna Boyle (St. John, Ind./Andrean). The next inning saw Taylor Lawson (Tucson, Ariz./Sahuaro) rap a two-out double and then take advantage of a pair of wild pitches to scoot home and double Valpo’s lead.

Western Carolina got on the scoreboard in the top of the fourth to cut the advantage to 2-1, but the Crusaders got that run right back in their half of the frame, loading the bases with nobody out before Lawson eventually drew a two-out walk to score Lanie Callaghan (Elburn, Ill./Kaneland). A bases-loaded walk for WCU in the top of the fifth again cut Valpo’s lead to just one run.

The Crusaders would carry that one-run edge into the top of the seventh, but the Catamounts pushed three across the plate in the final inning to claim a 5-3 lead. Valpo wouldn’t go down quietly, as Jorgi Calombaris (Frankfort, Ill./Lincoln-Way East) led off the bottom of the seventh with an infield single and came around to score on a two-out base hit from Taylor Nadler (New Haven, Mo./St. Francis Borgia), but a groundout would end the game.

Moreno and Nadler each tallied two hits apiece as the Crusaders finished the game with eight hits, while senior Kaitlyn Ranieri (Schererville, Ind./Lake Central) drew a pair of walks in the opener. Mollie Lindeman (Hebron, Ind./Hebron [PNC]) took the loss in relief for Valpo, falling to 0-1, while Taylor Weissenhofer (Orland Park, Ill./Lockport Township) struck out six batters in 5.2 innings of work. Lily Hayes improved to 2-0 with the win in the circle for Western Carolina (9-2).

The nightcap, against the host Hilltoppers, saw the Crusaders struggle offensively, as Valpo only got one baserunner past second base in the first six innings. Lexie Norfleet connected on a three-run homer in the second for WKU (6-3), which added four runs in the bottom of the sixth. The Crusaders avoided the shutout in the top of the seventh as Lindeman connected on a RBI double to score Boyle, who had walked to lead off the frame.

Senior Sierra Pico (Las Vegas, Nev./Legacy) was the only Crusader to reach twice in the game, picking up a base hit and drawing a walk, as Valpo was limited to just three hits. Pico also started in the circle, taking the loss after four innings of work to fall to 0-4. Hannah Parker picked up the win to improve to 5-1 for WKU.

Valparaiso (0-7) returns to the diamond Saturday afternoon as the Crusaders face off with Southeast Missouri. Live stats for the game will be available via ValpoAthletics.com.