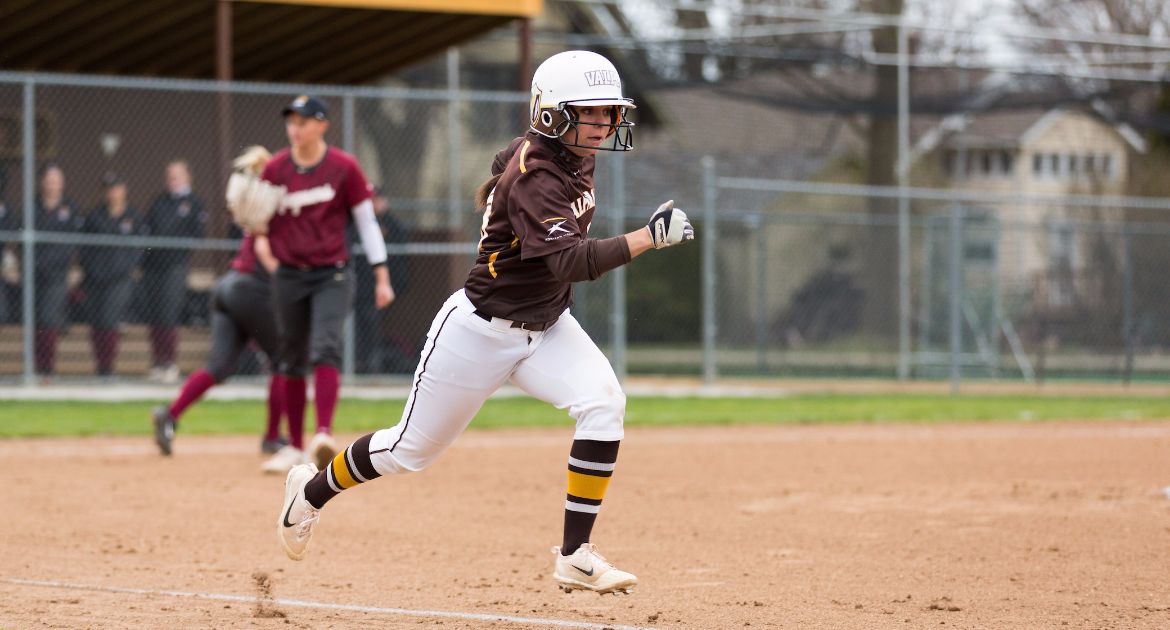 Rain overnight and throughout the morning looked to put the kibosh on playing Wednesday afternoon, but the Valparaiso softball program put in the necessary work to get the field playable, and then taking advantage of a window of opportunity, put in work on the field during the game to take down Green Bay by a 4-0 score and earn the series victory over the Phoenix.

“I think sometimes you have to take a chance to make a chance, and that’s what we did in the first inning. We had struggled a bit hitting against Rossmann in the first game we faced her yesterday, and we just wanted to capitalize on the early opportunity we had. Carly’s a very good baserunner, and after a couple of uncharacteristic strikeouts in the middle of our lineup, we were just trying to find a way to manufacture a run to get the game going.”

“Jorgi has made some good adjustments this season with her swing, but more importantly, she's just locked in and very confident at the plate right now. She’s picking good pitches to hit and her timing is great, which is the reason she's been able to put the ball out of the park. Jorgi’s truly filling the shoes of what a senior leader should be.”

“Kenzie threw another very good game today. She’s had a really good stretch recently and been very reliable. Kenzie understands she has a good defense behind her, and she’s going to get us balls our defense can make plays on.”

“Over the last couple days, it's been a challenge for our players with multiple trips to the field for tarp dumps and field work - late at night, early in the morning, and around our warmup time as we're trying to prepare to play as well. It's physically demanding work that adds a level of adversity when we're dealing with sketchy weather when playing at home. That said, the team really bought in to doing whatever was necessary to have the opportunity to play today, and did it with a great level of positivity and ownership. No question the work required to get the field ready to play on a rough weather day took something out of them, but once that first pitch came, they were energized and focused and played hard through all seven innings - because they had put in that work, they saw the chance to play today as an opportunity, and took advantage.”

The Crusaders (19-10, 6-3 Horizon) have their bye within league play this weekend and will be away from action until a mid-week series next week against UIC at the Valpo Softball Complex. The three-game set opens on Tuesday afternoon, April 11, with a single game scheduled for 3 p.m. first pitch.