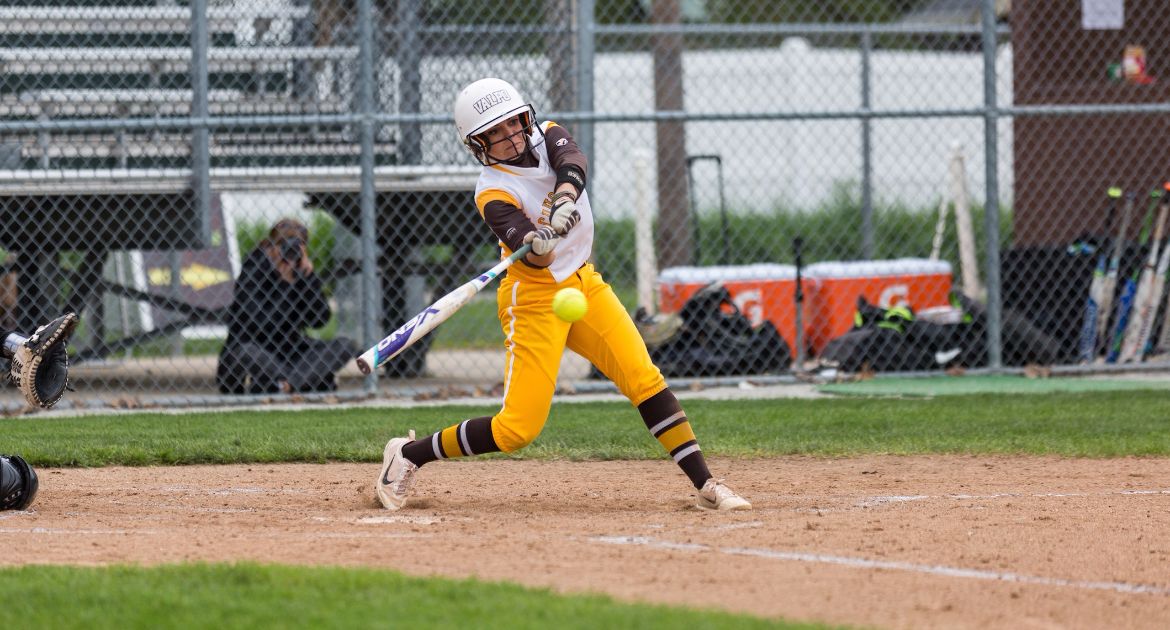 Jorgi Calombaris scored the game-winning run in the final home game of her career.
Wright State at Valparaiso | May 07, 2017

It was a script seniors could hardly dream of for the final home game of their careers, as longtime neighbors and classmates Sam Stewart (Frankfort, Ill./Lincoln-Way East) and Jorgi Calombaris (Frankfort, Ill./Lincoln-Way East) scored the tying and winning runs on a pinch-hit single from freshman Hannah Dybalski (Lebanon, Ind./Lebanon) in the sixth inning of Valpo’s 2-1 victory to close out the regular season Sunday afternoon against Wright State. With the win, the Crusaders clinched the third seed in the Horizon League Championship this week and will open tournament play against sixth-seeded Oakland Wednesday afternoon.

The Crusaders (27-21, 14-10 Horizon) open up league tournament play on Wednesday at UIC against sixth-seeded Oakland at 2:30 p.m. The league tournament is slated to run through Saturday, with every game broadcast on ESPN3. Live stats for every game will be available via ValpoAthletics.com as well.