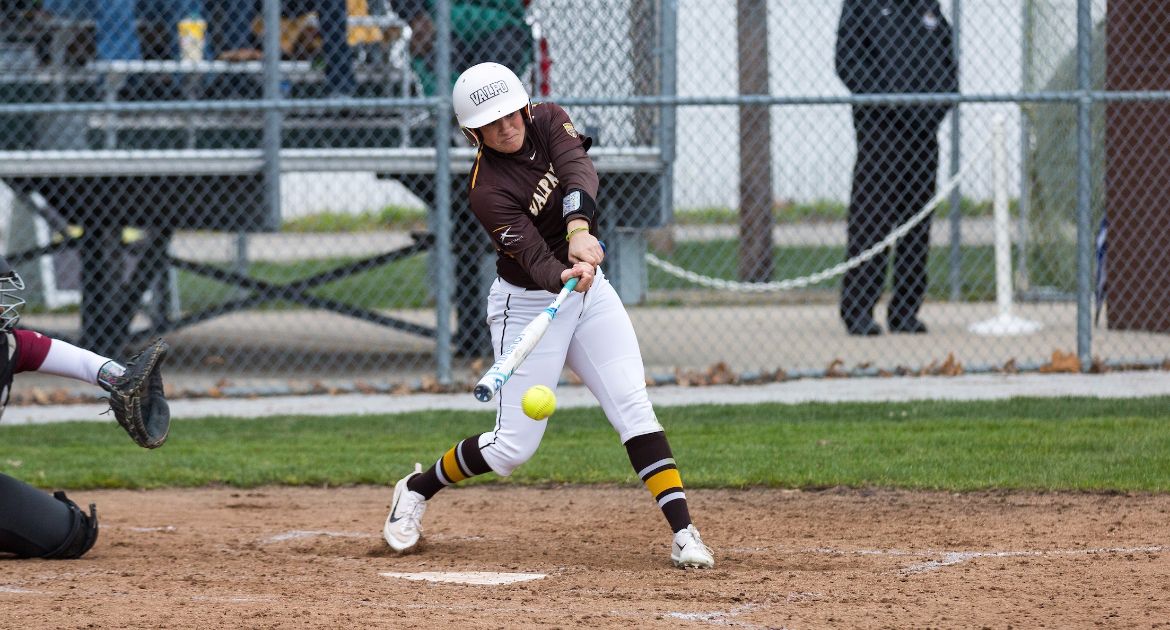 The Valparaiso University softball team opened its spring break trip at the Lopes Up Classic in Phoenix, Ariz. with a pair of one-run games on Saturday. The Crusaders opened tournament play with an 8-7 victory in nine innings over South Dakota, but fell in their second game of the day to UNLV by a 2-1 final.

How It Happened – South Dakota

How It Happened – UNLV

Valpo (7-4) continues play from Phoenix with two more games on Sunday. The Crusaders will face Princeton at 10 a.m. CT before a rematch with UNLV awaits at 2 p.m. Both games will have live stats available via ValpoAthletics.com.