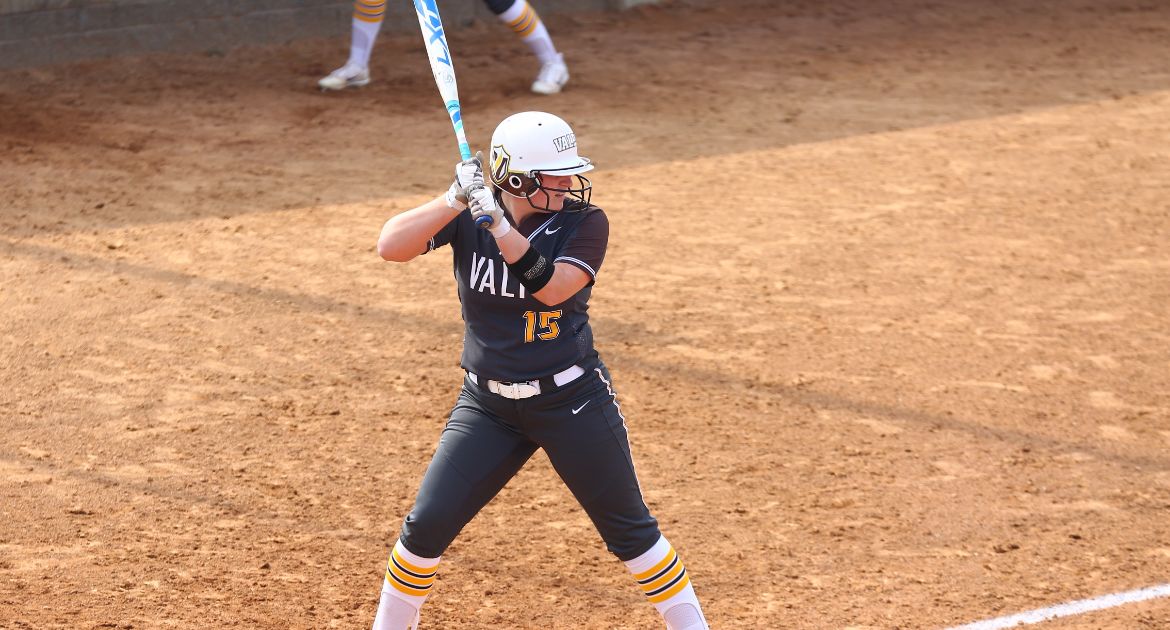 Jenna Stauffenberg reached base twice and drove in a run Wednesday.
Valparaiso at Central Michigan | March 28, 2018

A stretch of 27 consecutive games away from home came to an end for the Valparaiso University softball team on Wednesday afternoon in Mt. Pleasant, Mich., as the Crusaders dropped an 8-3 decision in mid-week non-conference action to Central Michigan.

Valpo (14-13) opens up the home campaign with a Friday afternoon doubleheader as the Crusaders welcome Southern Illinois to the Valpo Softball Complex for Missouri Valley Conference action. First pitch of game one is scheduled for noon.