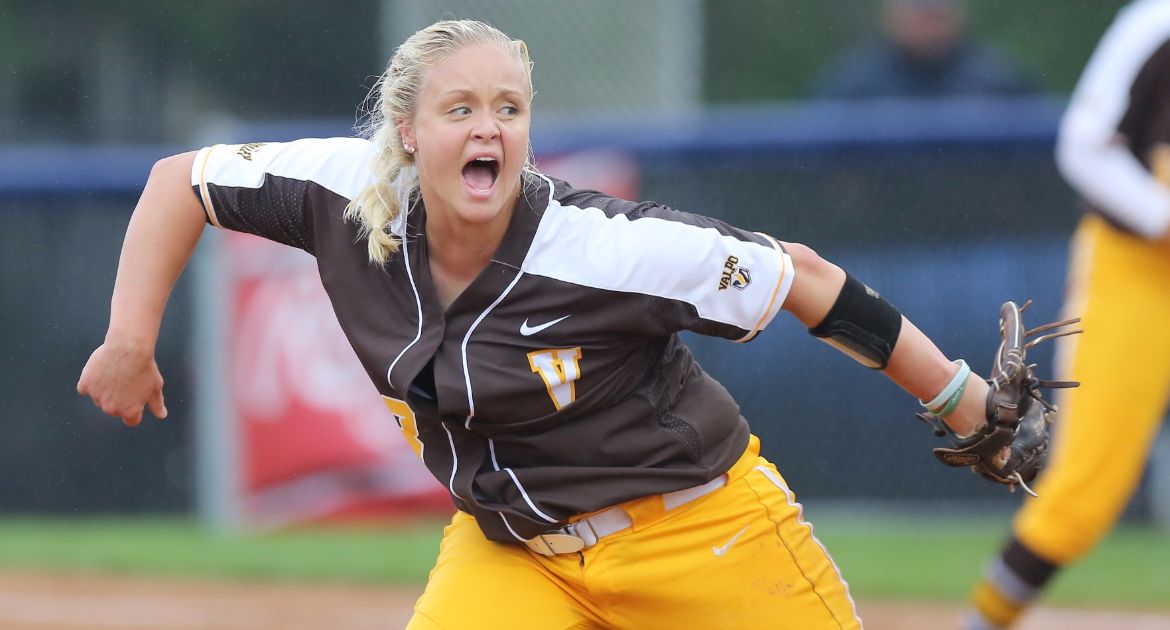 Images of a pitcher alone with their thoughts during offensive half-innings of a possible no-hitter permeate broadcasts of those games. Now imagine having nearly 48 hours to ponder the potential feat.

That’s what Valpo softball junior Kelsie Packard (Beloit, Wis./Turner [Rock Valley College]) faced on Sunday morning, resuming the suspended tournament opener against Wagner having had nearly two full days to sit on the knowledge she was six outs away from a no-no. But Packard came out and shut the door on the Seahawks, setting down Wagner in order in the final two innings to finish out the no-hitter and a 13-0 Valpo win.

Valpo’s final tournament game from the Green and White Invitational in Charlotte was a rematch against Wagner, a game in which the Seahawks would claim a 7-6 walk-off victory. Despite the loss in the finale, Valpo closed the tournament with a 3-1 record.

How It Happened – Resumed Game

How It Happened – Regularly Scheduled Game

Valpo (5-8) remains in the Tar Heel State for one final game, as it will face off against ACC foe North Carolina State on Tuesday at 11 a.m. CT in Raleigh. The game can be seen live on ACC Network Extra.