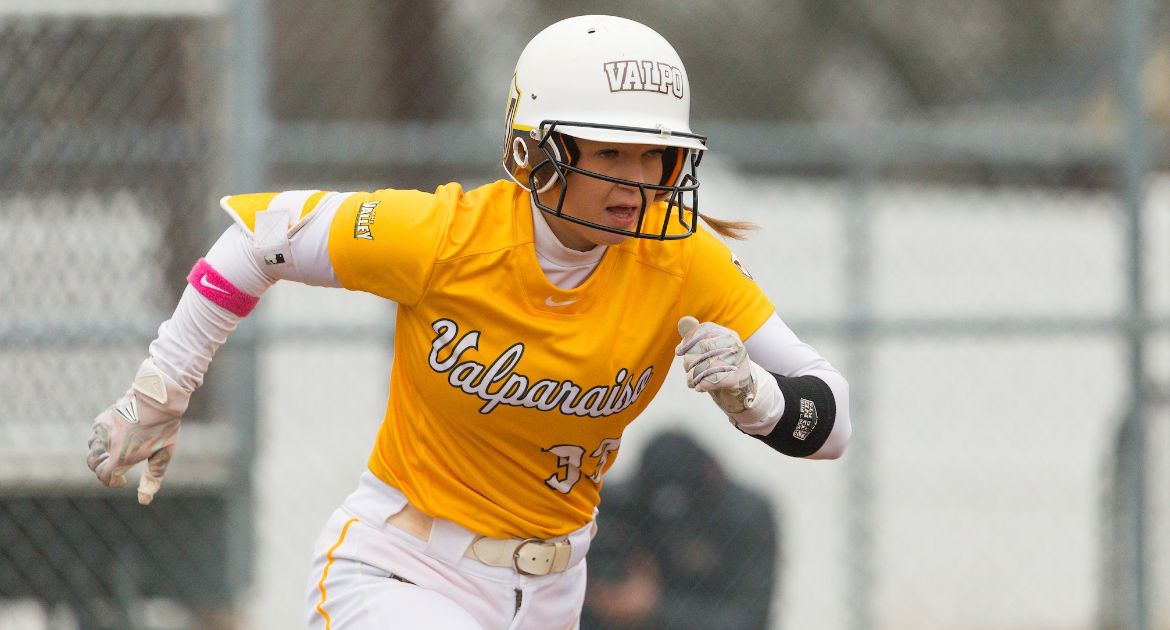 Taylor Herschbach went 2-for-4 Sunday in her first game in the leadoff spot.
Valparaiso at Southern Illinois | March 24, 2019

The Valparaiso University softball team had a seventh-inning rally in it on Sunday afternoon in its MVC series finale at Southern Illinois, getting the potential go-ahead run on base, but would come up just short as the Salukis claimed a 5-3 victory.

Valpo (9-13, 1-5 MVC) will make its second attempt to play a home opener on Wednesday afternoon when it hosts IUPUI for a single game.