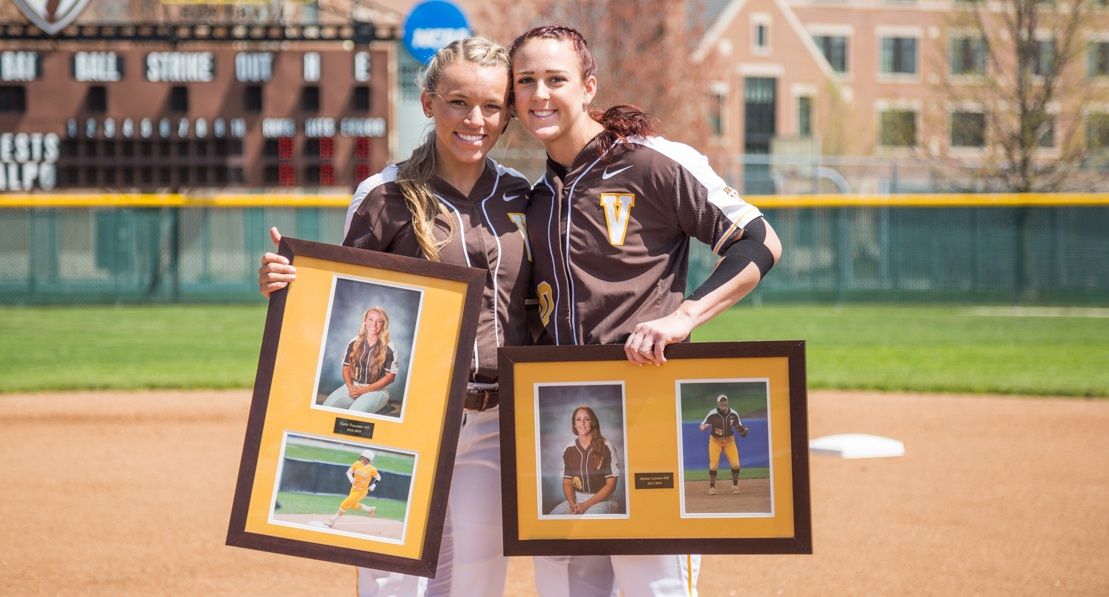 Valpo Softball celebrated the careers of its two seniors – Carly Trepanier (Manteno, Ill./Manteno) and Jaymee Lawton (Goodyear, Ariz./Desert Edge [Utah Valley]) – prior to Saturday’s regular season-ending doubleheader against Illinois State. When the games got underway, the Redbirds earned a 6-4 win in the opener, and then in a near replica of Friday’s series opener, Illinois State edged the Brown and Gold in a pitcher’s duel, 1-0.

Valpo (15-30, 4-22 MVC) opens the MVC Tournament in Peoria, Ill. on Wednesday evening. Valpo will be the 10th seed and will face the seventh seed in opening-round action, which will either be Evansville or Loyola, contingent on Sunday’s Loyola-UNI result.