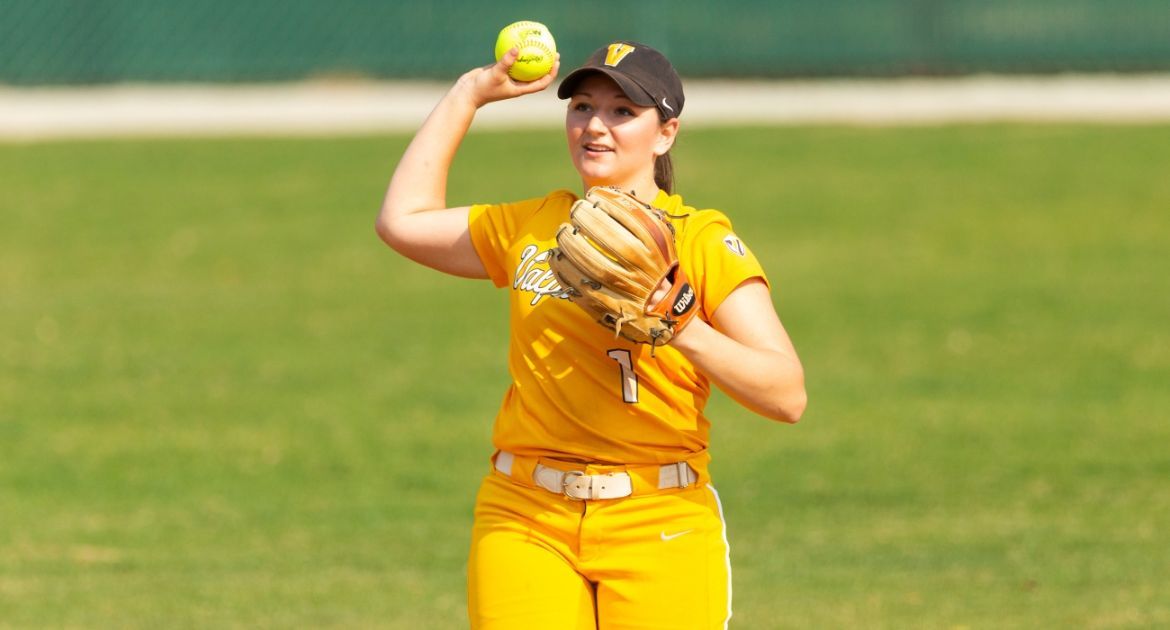 Addi Burke had a highlight-reel glove flip at second base Wednesday at Notre Dame.
Valparaiso at Notre Dame | March 24, 2021

The Valpo softball team briefly stepped away from Missouri Valley Conference action on Wednesday, falling at Notre Dame by an 8-0 final as three different Fighting Irish pitchers combined on a no-hitter.

Valpo (5-12) returns to Valley play this weekend with a three-game series at Evansville. The series starts with a doubleheader on Saturday, beginning at noon.