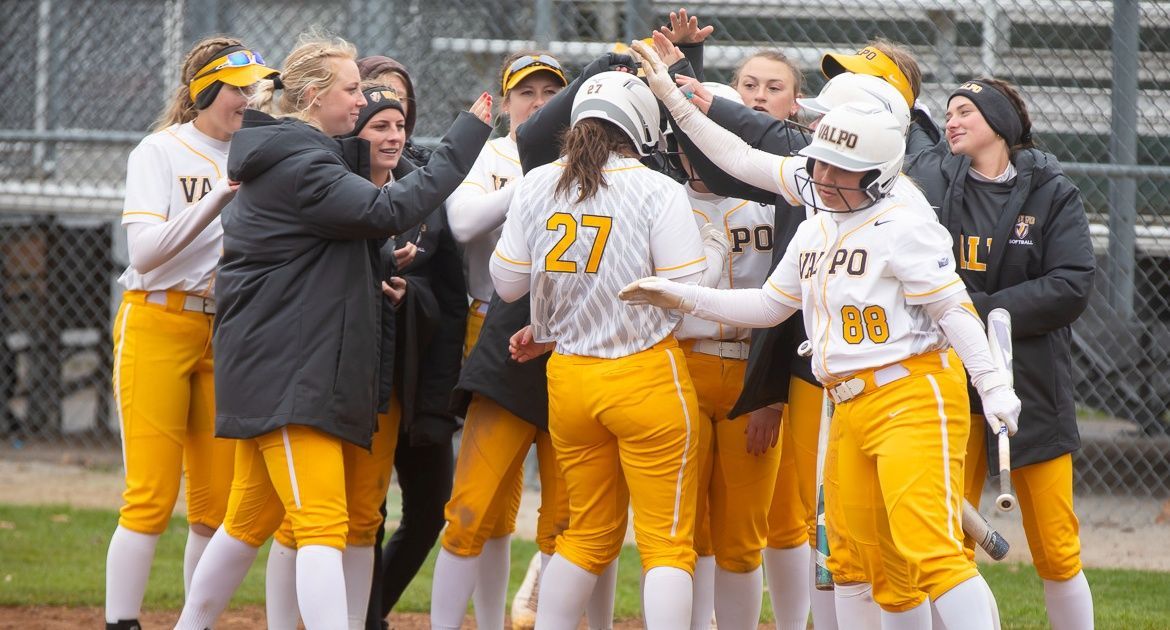 Trailing by four runs before ever stepping to the plate in Wednesday’s opener against Loyola at the Valpo Softball Complex, the Valpo softball team quickly turned the tables, needing just eight batters to push across six runs en route to a 9-7 win in the first game of the day. The visiting Ramblers used a big inning late to put away a 7-1 victory in the nightcap as the two squads split the twinbill.

Valpo (11-25, 2-15 MVC) hits the road for the first time in nearly a month this weekend, heading to Des Moines for a three-game weekend series at Drake. The series starts off with a doubleheader on Saturday beginning at noon, and all three games of the series can be seen live on ESPN3.