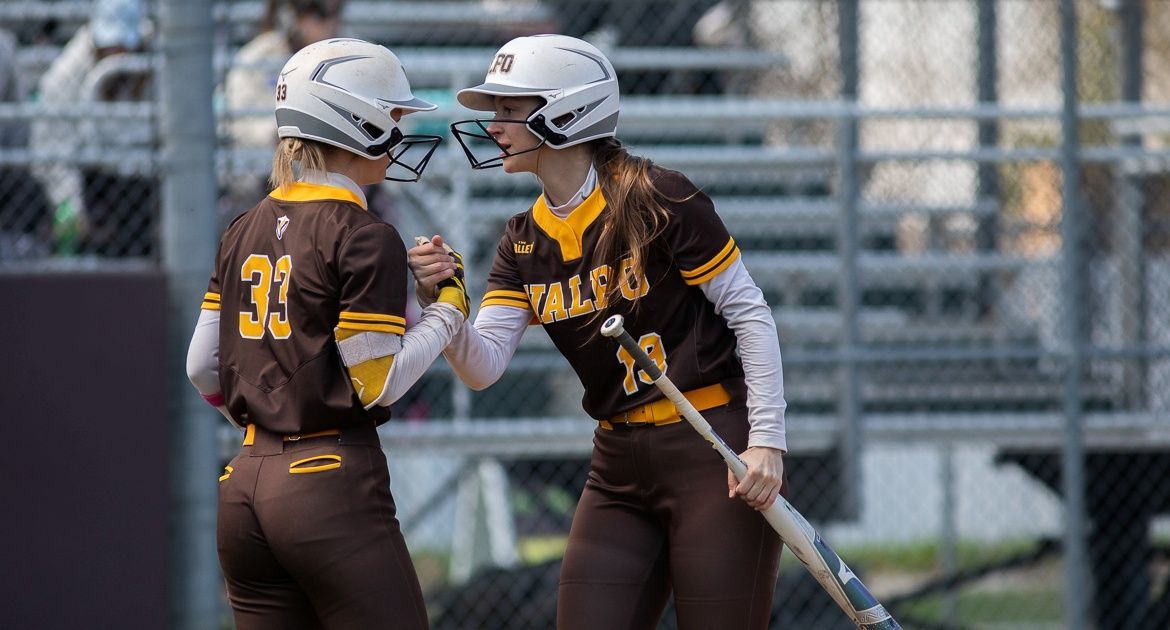 Next Up in Valpo Softball: It’s a busy week of Missouri Valley Conference play for the Valpo softball team this week, with five games over five days. The action starts on Wednesday afternoon, as the Beacons’ lengthy homestand comes to an end with a doubleheader against Loyola. Valpo then hits the road for the first time in nearly a month for a three-game weekend series at Drake.

Previously: Valpo took on conference-leading UNI last weekend at the Valpo Softball Complex, dropping a Friday doubleheader by scores of 9-1 and 5-0 before putting together a strong performance Saturday in a 3-1 defeat to the Panthers.

Looking Ahead: Valpo will conclude its travel partner series next Wednesday with a single game at Loyola before making its final trip of the regular season for a three-game set at Illinois State April 30-May 1.

Following Valpo Softball: Both games of Wednesday’s twinbill will be broadcast live on ESPN+, with Todd Ickow and Jamie Stangel on the call. All three games of the weekend series at Drake are slated for live broadcast on ESPN3 as well. Live stats for all games this week will be available via ValpoAthletics.com.

Head Coach Amanda Eberhart: Amanda Eberhart was hired as head coach of the Valpo softball program in July of 2021. She brings seven years of head coaching experience at the Division I level, most recently spending the last three years as the head coach at Omaha and previously leading the IUPUI program for four seasons. Eberhart, who owns 141 career victories as a head coach, also has eight seasons of experience on staffs at Big Ten programs.

Series History: Loyola - The second-most common opponent in program history, Valpo is 26-43 against the Ramblers, including a 2-4 mark since joining the MVC. Last season, the Ramblers won a single game in Rogers Park, 7-1. Valpo led the second game of the series at home, 3-2 through three and a half innings, before lightning and rain washed out the remainder of the series.

Drake - Valpo is just 1-13 all-time against Drake and has lost all eight meetings since joining the Valley. The only matchup in that time on Drake’s home field came in the semifinals of the 2018 MVC Tournament, a 2-0 victory for the Bulldogs.

Scouting the Opposition: Loyola - The Ramblers sit at 11-22 overall and 5-10 in MVC play after taking two of three from Illinois State last weekend. Amelia Thomas leads LUC offensively with a .271 batting average, while Peyton Pepkowski is 8-8 with a 3.06 ERA in the circle.

Drake - The Bulldogs are 14-21 overall, but 8-6 in MVC play to enter the week tied for third in the standings. Macy Johnson is hitting .376 with a team-best 30 runs scored and 17 stolen bases, while Emily Valtman is hitting .357 and has connected on eight home runs.

Homestand Comes to a Close: Wednesday’s twinbill with Loyola will wrap up a 12-game homestand over a 19-day stretch for the Beacons. Despite having one game canceled during the homestand due to weather, it still marks the program’s longest homestand by games since the 2014 team played 14 straight games at home. This comes after Valpo started the season with 24 games away from home over a span of 47 days in eight different locations. When Valpo steps on the field Saturday at Drake, it will be playing its first game away from home since March 29, a program-record 25 days between road games.

The Late Rally: Valpo found itself down 4-2 entering the bottom of the sixth against Purdue Fort Wayne last Tuesday, but a Jaina Westphal homer and a Regi Hecker two-run single put the Beacons on top 5-4, an advantage they would maintain through the final out. It was Valpo’s third win of the season when trailing through four innings, but the first time the team won after trailing through five since scoring a run apiece in the sixth and seventh to overcome a 4-3 deficit for a 5-4 win against Marshall on March 7, 2021.

Swinging a Hot Bat: Senior Jaina Westphal had a trio of multi-hit games last week for the Beacons, leading the way at the plate. She posted a pair of hits and drove in a run in the series finale against Southern Illinois, and gave Valpo the early lead in the series opener against UNI, scoring a 2nd inning run as part of a 2-hit effort. Most notably, Westphal helped lift Valpo to a come-from-behind win over Purdue Fort Wayne with a 3-for-3 game which included 3 RBIs on a pair of home runs. It was the first multi-homer game of Westphal’s career and matched Valpo’s program record for home runs in a game.

Moeder Leads It Off: Senior Peyton Moeder enjoyed another strong week last week, tallying at least one hit in four of Valpo’s five games as she raised her team-best batting average to .327 and her average in MVC-only play to .372, among the top-ten in the conference. Moeder picked up two hits in Valpo’s series opener with UNI and then dominated at the plate in the series finale, going 3-for-3 with a double, an RBI and a hit by pitch. It was the third time in Moeder’s career she has reached base four times in one game and the first since March 14 of last season against WKU when she went 4-for-4 at the plate.

Regi Racks Up the Hits: Sophomore Regi Hecker capped a 3-for-4 afternoon in the win over Purdue Fort Wayne with the most impressive of at-bats, getting down in the count 0-2 and fouling off two more pitches before delivering a two-out, two-run single in the bottom of the sixth to turn a 4-3 deficit into a 5-4 lead. It was her second three-hit game of the season, and was the middle of a five-game hitting streak for the sophomore which raised her batting average over 50 points.

Strong Pitching Performances: Freshman Cheyenne Nietz was called upon out of the bullpen on back-to-back days last Monday and Tuesday, and delivered a pair of strong performances. In the series finale against Southern Illinois on Monday, Nietz dished out three innings of shutout relief - her second-longest scoreless outing of the season. Then on Tuesday versus Purdue Fort Wayne, Nietz entered to start off the fourth inning and surrendered a home run to the first batter she faced, but that would be the sole run she allowed as she kept the Mastodons at bay to give Valpo an opportunity to rally for the win. Nietz finished with five strikeouts in four innings of work against Purdue Fort Wayne to earn her second win of the season. Junior Easton Seib had a strong outing of her own in the series finale against UNI, scattering seven hits and allowing just three runs to a Panthers squad which entered the game averaging nearly eight runs/game in MVC play.

Thieves in the Night: It’s a race between Westphal and Moeder to see who will end up with more career stolen bases at the end of the season. This season, Moeder has a team-best nine steals, while Westphal has swiped six bags, leaving them at 30 stolen bases apiece for their respective careers with less than a month to go in the season. The pair are both tied with Jamie Weinburger for seventh-most in a career in program history.