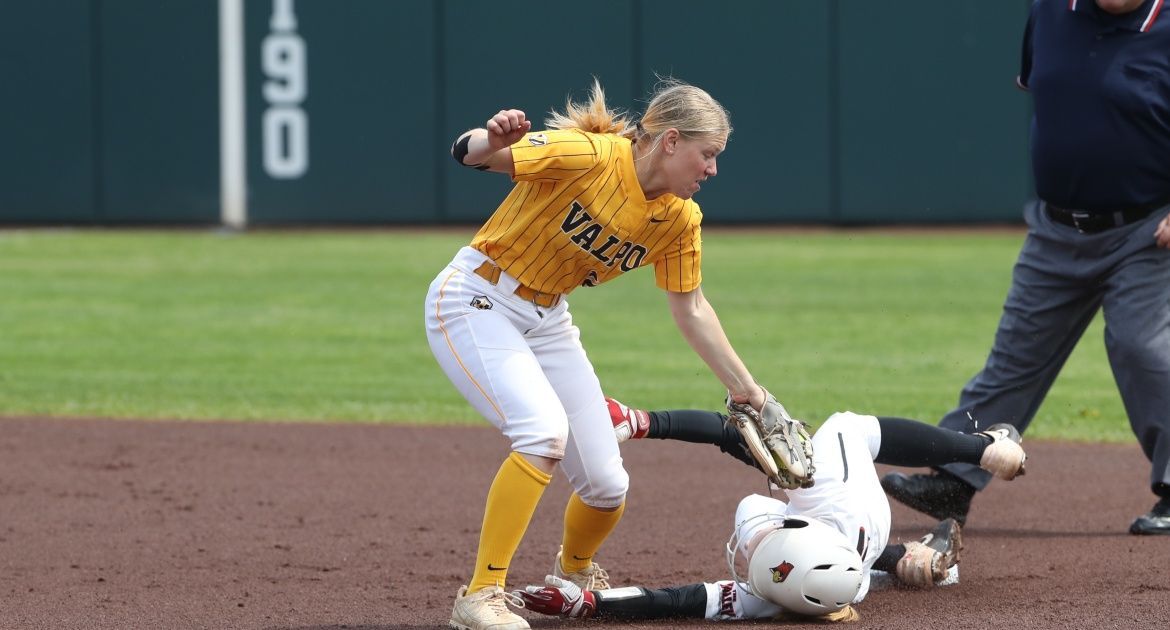 The Valpo softball team owned a 2-1 lead through three innings against host Illinois State Saturday afternoon in Normal, Ill., but the Redbirds were able to take advantage of scoring opportunities in the middle innings to come away with a 6-2 victory. The second game of Saturday’s scheduled doubleheader was postponed due to thunderstorms and will be made up as part of a Sunday twinbill.

Valpo (12-29, 3-19 MVC) and Illinois State will now close the weekend series with a Sunday doubleheader beginning at noon. Both games are scheduled for broadcast on ESPN3.