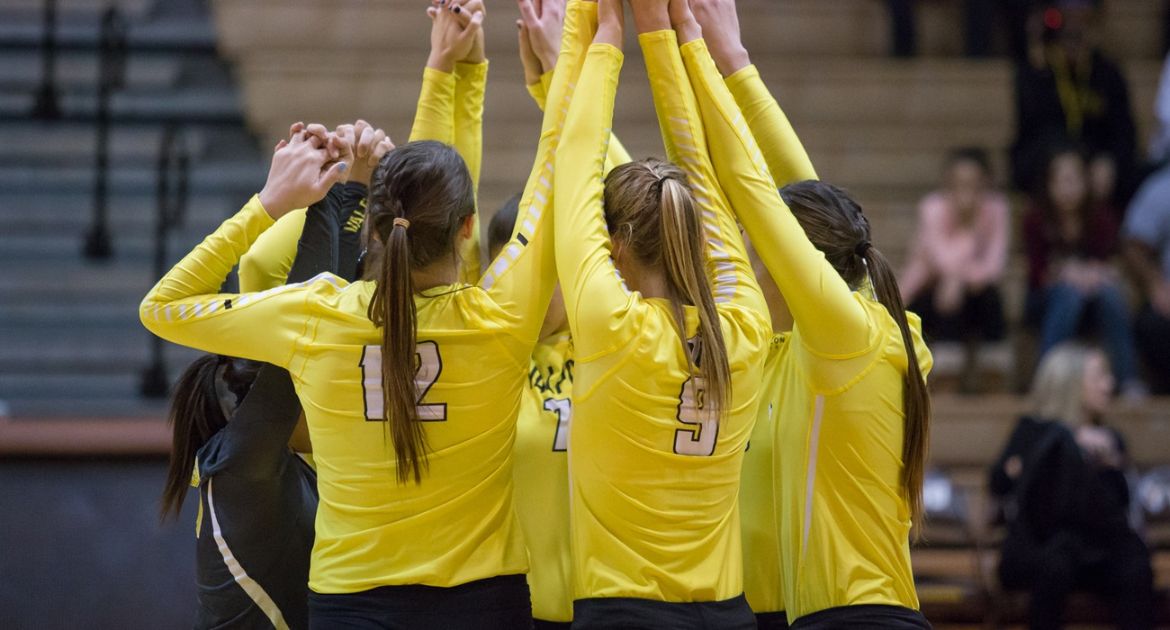 This Week in Crusader Volleyball: The Valparaiso University volleyball team returns home to the ARC as Horizon League play continues this weekend. The Crusaders will host Youngstown State on Friday evening before taking on defending league champion Cleveland Saturday afternoon. The first 200 students to Friday night's match will receive free Valpo volleyball t-shirts, while Saturday's match against the Vikings will serve as the volleyball program's TOCO fundraiser match, in conjunction Saturday night with men's soccer.

Previously: Valpo split a pair of matches to open Horizon League play on the road last weekend. The Crusaders dropped a four-set decision at Green Bay before rallying from down two sets to none to earn a 3-2 win at UIC.

Looking Ahead: The Crusaders will be on the road for their next four matches, starting Tuesday evening with a non-league match at Western Illinois. Valpo then heads to Northern Kentucky next Friday (Oct. 7) and Wright State next Saturday (Oct. 8).

Following the Crusaders: Both of this weekend's matches will be streamed live on ESPN3, and also are accessible via WatchESPN and the ESPN app. Valpo's student radio station, WVUR (95.1 FM, Valparaiso), will carry both matches as well. Links for the live video and audio, as well as live stats, can be found at ValpoAthletics.com.

Head Coach Carin Avery: In her 15th season as head coach at Valparaiso, Carin Avery has won 346 matches (346-141) and has led Valpo to three league regular season and tournament titles, as well as three NCAA Tournament appearances. A two-time league Coach of the Year, Avery has coached 40 All-League recipients over her tenure as Crusader head coach. She is Valpo’s all-time leader in both victories and winning percentage, and owns 401 career victories overall as a head coach, reaching the 400-win milestone with the victory over South Dakota State Sept. 10.

Series Notes: Youngstown State - Valpo owns a 27-7 advantage in the all-time series against the Penguins, including an impressive 17-3 mark since joining the Horizon League. Last season saw the Crusaders take down YSU in a hard-fought five-set match in Youngstown and earn a three-set sweep at the ARC.

Cleveland State - The Vikings are 20-15 all-time versus the Crusaders and own an 13-8 edge since Valpo joined the Horizon League prior to the 2007 season. Last season, Valpo dropped a five-set decision in Cleveland and closed out the regular season with a four-set win at the ARC before the Vikings swept the Crusaders in the championship match of the Horizon League Tournament.

Cleveland State - The Vikings enter the weekend at 10-4 overall and 1-1 in Horizon League action, with a Friday night match at Northern Kentucky before stepping foot in the ARC. CSU kicked off league play with a split last weekend, sweeping YSU after falling in five sets to Oakland. Grace Kauth is averaging 3.72 kills/set to pace the Vikings and also ranks second on the team with 2.92 digs/set, while Aaliyah Slappy leads CSU with 1.14 blocks/set.

Crusaders Working With TOCO: The Crusader volleyball program is partnering with the men's soccer program to fund a future international service trip, bringing the student-athletes of these two teams to the Caribbean to get on the ground with TOCO and work directly with children the charity supports. This Saturday's match will benefit TOCO, with donations being accepted throughout the match and the teams' special blue jerseys being sold after the match - blue representing the island of St. Lucia,the home base of TOCO. All proceeds will go towards TOCO and the service trip.

Graboski Blows Away Previous Career Best: Junior Taylor Graboski entered Saturday's match at UIC with a single-match career high of 15 kills. But Graboski stepped up big offensively when the Crusaders needed her most against the Flames, tallying 10 kills in the third set alone to start Valpo's rally for the five-set win. Graboski finished the match with 24 kills on .378 hitting in the win. She leads the team with a .243 hitting percentage and ranks second with 2.52 kills/set.

Offense Comes Alive: It wasn't just Graboski who was having a big offensive match in the come-from-behind win over UIC, as two other Crusaders matched their career highs for kills. Sophomore Katherine Carlson tied her best with 16 kills while hitting .306, while senior Jamie Lacheta hit .364 with a career high-tying 12 kills. As a team, Valpo hit at a .290 clip, just outside the program's top-five marks all-time for a five-set match.

Rallying For The Win: Valpo came back from two sets down for the win over the Flames, something a Crusader team had not accomplished in nearly four years. The last time a Valpo squad had faced a 2-0 deficit in an eventual 3-2 victory came in Horizon League play at Wright State on Sept. 28, 2012.

Success at Home: Opening its league home schedule, the Crusaders look to continue their success at the ARC under Carin Avery. Including the one tournament match earlier this year that was played at the ARC, Valpo ownsa 126-34 record (.788) in Avery's 14-year tenure in home matches.