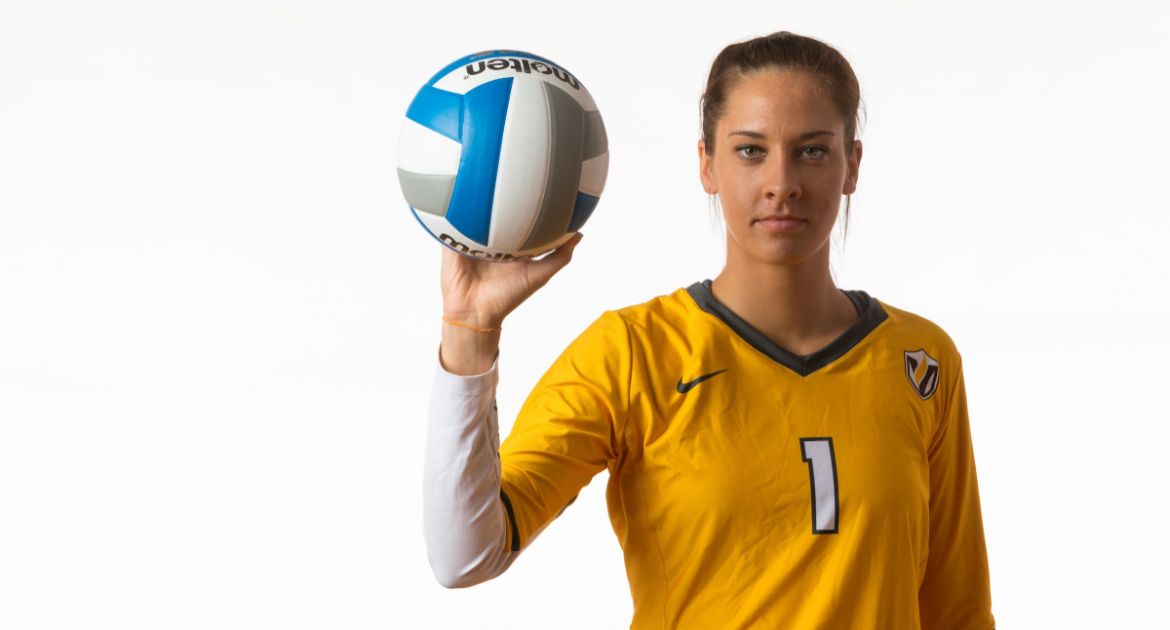 This Week in Valpo Volleyball: The Valpo volleyball team returns home to the ARC for its first two-match home weekend of the conference schedule. Valpo welcomes Missouri State for Friday night’s match, and then turns around and hosts Southern Illinois on Saturday evening. Friday’s match will be the program’s annual Pink Game, with the program honoring associate AD, director of recreational sports and longtime supporter of the program Rin Seibert.

Previously: Valpo split a pair of matches against its Indiana counterparts on the road last weekend, dropping a five-set battle against Evansville last Friday before turning around and emphatically snapping its six-match losing streak with a sweep of Indiana State on Saturday.

Looking Ahead: Valpo returns to the road next weekend, traveling to face Bradley on Friday and Illinois State on Saturday.

Head Coach Carin Avery: In her 18th season as head coach at Valparaiso, Carin Avery has won 404 matches (404-190, .680) at the helm of the Crusaders and has led Valpo to three league regular season and tournament titles, as well as three NCAA Tournament appearances. A two-time league Coach of the Year, Avery has coached 59 All-League recipients over her tenure at Valpo. She is Valpo’s all-time leader in both victories and winning percentage, and owns a 459-214 (.682) record overall as a head coach.

Series History: Missouri State - The Bears hold a 5-2 advantage in the all-time series over Valpo, but both of those victories for the Brown and Gold came in a one-week span last year, as Valpo earned five-set wins over MSU in the final weekend of the regular season and in the first round of the MVC Championship.

Southern Illinois - SIU is 3-4 all-time against Valpo, but the Crusaders are 3-1 against the Salukis since joining the MVC and won both matchups last season, winning 3-0 in Valpo and 3-1 in Carbondale. Rylee Cookerly averaged 6.57 digs/set over the pair of wins.

Scouting the Opposition: Missouri State- The Bears enter Friday at 4-14 on the year and are 1-3 in MVC play. Amelia Flynn leads MSU with 2.65 kills/set and also averages 2.35 digs/set, second-most on the team behind Leah Vokolek’s 3.92 digs/set. Azyah Green leads MSU at the net with 1.03 blocks/set.

Southern Illinois - The Salukis come into the weekend at 10-8 overall and 2-2 in MVC action, and will play at Loyola on Friday before coming to the ARC. Junior Rachel Maguire leads the NCAA with nine triple-doubles this season and is averaging 2.39 kills, 4.37 assists and 2.63 digs per set.

Digging Deep: Each of the last two years has seen Valpo lead the nation in a digs category. Valpo led Division I in 2017 in digs/set nearly all season long, ending the year averaging 20.03 digs/set to lead the nation. Valpo’s 2017 campaign was only the second since the move to 25-point rally scoring in 2008 where a team averaged at least 20 digs/set, coming in behind only Penn’s 2012 season. Then last year, Valpo posted 2,613 digs to lead the country in total digs, setting not only a Valpo single-season record, but a Division I record in the 25-point rally scoring era. The Crusaders have a long tradition of strong defensive play, as they have ranked among the top-20 nationally in digs/set in each of the last nine seasons - including a sixth-place placement in 2015 and a fourth-place finish in 2010 in addition to 2017’s statistical championship. This year’s team currently ranks 23rd nationally with 16.91 digs/set, with junior libero Rylee Cookerly ranking 36th individually.

No Soup For You: Valpo’s block was on another level last Friday in its match at Evansville, as Valpo finished with 18 rejections. The 18 blocks tied for the second-most by a Valpo team in a five-set match in the 25-point era, tied for fourth-most in a five-set match overall in program history, and were the most by a Crusader squad since the 2016 team recorded 20.5 blocks at Milwaukee on Oct. 15, 2016. Four different players set new career highs for blocks, led by 10 from Peyton McCarthy, which matches the most by a Valpo player since November of 2012 and are tied for second-most in a five-set match by a Crusader in the 25-point era. Other career highs on the block were tallied by Brittany Anderson (9), Haley Hart (8) and Jillie Grant (3), while Ally Cummings tied a season high with four blocks.

More Career Bests: In all in the Evansville match, seven different players combined for eight new career highs. Anderson set a pair of highs, as she also surpassed her previous best in assists, handing out 58 helpers over the course of the five sets - the most by a Valpo setter since October of 2014. Anderson spread out the assists against the Aces to a multitude of players, as five Crusaders finished with at least 10 kills, including a 15-kill effort from Jaclyn Bulmahn to set a career high. In the back row, two more career highs were set - Melissa Flynders shattered her previous best of 16 digs, finishing with 24 digs, while Brooke Westphal doubled her Valpo best in the category as well, tallying 10 digs.

Offense From the Middle: While it was the defensive numbers which were eye-popping against the Purple Aces, it was the output offensively from the Valpo middles which led the way as it earned the win over Indiana State last time out. Leading the way was McCarthy, who picked up a match-high 15 kills on just 28 swings and didn’t commit an attack error as she hit .536 for the match, Valpo’s best single-match hitting percentage to date this year. Hart capped a stellar weekend of action with her second consecutive double-figure effort in the kills column, posting a season-best 11 kills on .500 hitting against Indiana State after going for 10 kills on .368 hitting at Evansville.

Snapping Skids: The weekend saw the team snap a pair of streaks with its positive performances. The set two win Friday over Evansville broke a streak of four consecutive sweeps, while by claiming the match Saturday against Indiana State, Valpo snapped a six-match losing streak, its longest since falling in six straight Sept. 10-23, 2016.