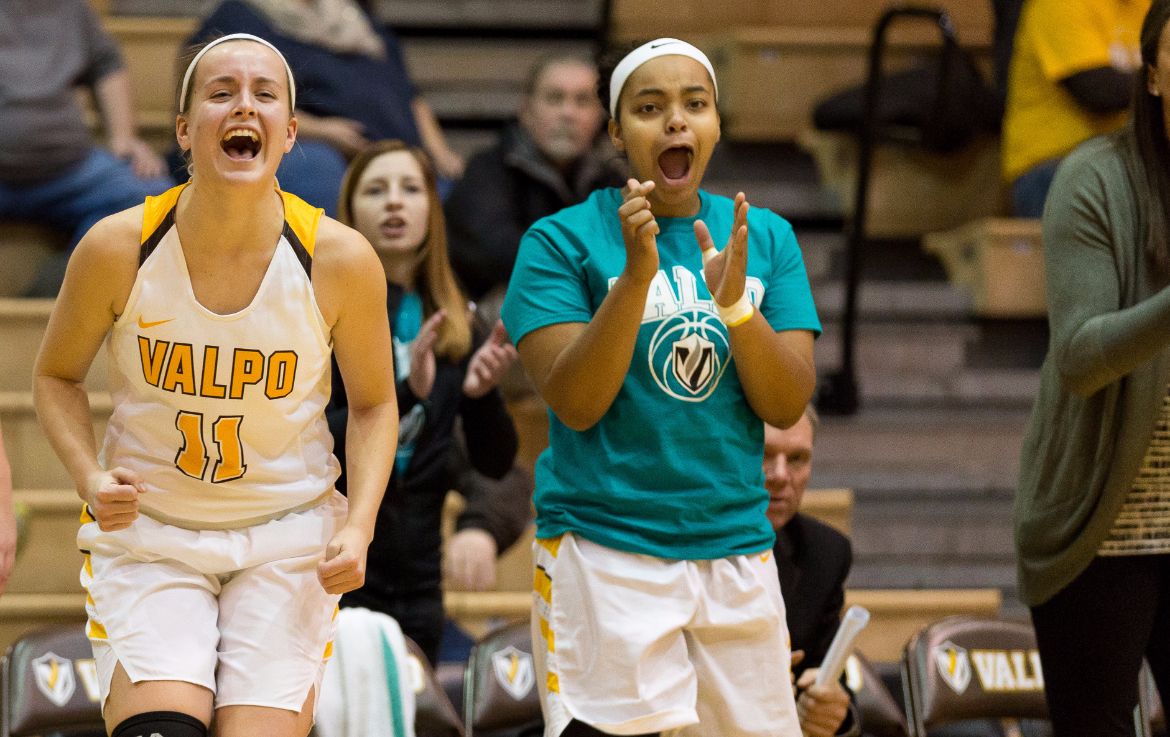 After three straight road games, the Crusaders are back on their home floor on Friday.
Northern Kentucky at Valparaiso | January 20, 2017
Related Links
Related Links

Next Up in Crusader Basketball: Homer Drew Court will be a welcome sight for the Valparaiso University women’s basketball team on Friday night. After starting the Horizon League season with five of their first seven games on the road, the Crusaders are more than ready for a return to the Athletics-Recreation Center. Valpo hopes a return to the win column will coincide with the homecoming as it welcomes in Northern Kentucky.

Last Time Out: Dani Franklin reached a significant career milestone on Tuesday night at the Kress Center in Green Bay, Wis. when she scored her 1000th career point in a 56-35 loss to Green Bay. The Crusaders held the Phoenix, who entered the game ranked No. 25 in the USA Today Coaches Poll, to 56 points, their second-lowest point total of the season and their lowest in league play. Green Bay’s Mehryn Kraker, who entered Tuesday as the league’s leading scorer, was held to just seven points, her first time below double figures this season.

Following the Crusaders: Thursday’s game and every game for the remainder of the season will be available on ESPN3, WatchESPN.com and the ESPN app. In addition, the hometown call can be heard on 95.1 FM Valparaiso with Jordan Morandini (play-by-play) and Alex Adrian (color commentary) describing the action. Links to live video, audio and stats for Saturday’s game are available on ValpoAthletics.com.

Series Notes: The history between the two teams is a brief one, as they met for the first time last season, Northern Kentucky’s first year in the Horizon League. The two squads hooked up three times during the 2015-16 campaign, including a 76-53 tournament quarterfinal loss that ended Valpo’s season on March 11 in Green Bay. The Norse also prevailed in their first trip to the ARC 68-50 on Feb. 6. Northern Kentucky opened the third quarter on a 16-0 run and outscored the Crusaders in the third 27-7. The first ever meeting with Northern Kentucky was one Valpo fans won’t soon forget, as the Crusaders squeaked out a 61-60 win at BB&T Arena behind 29 points from Meredith Hamlet.