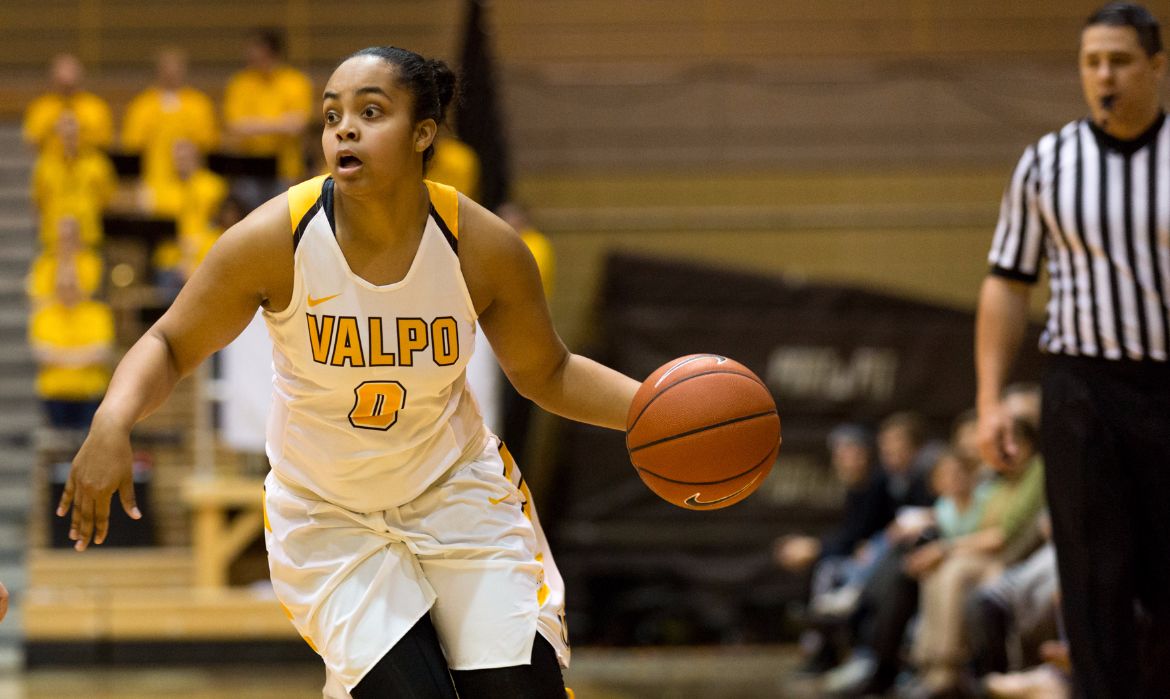 Maya Meredith had a career-high seven points on Thursday against Oakland.
OAKLAND at Valparaiso | February 16, 2017

The Crusaders will welcome Detroit Mercy to the Athletics-Recreation Center on Saturday at 1 p.m. The game can be seen on ESPN3, WatchESPN and the ESPN app.  The radio call can be heard on 95.1 FM Valparaiso, WVUR. Links to live video, audio and stats are available on ValpoAthletics.com.