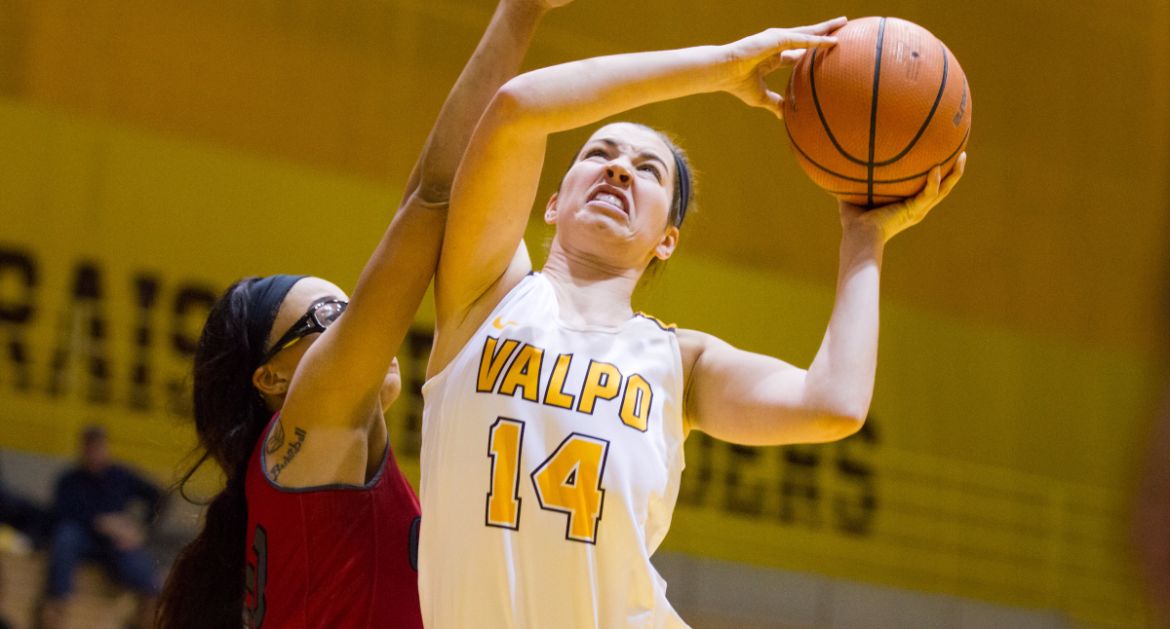 Marlee Profitt had a team-high six rebounds on Friday.
Valparaiso at Drake | December 29, 2017

The obstacles were simply too numerous for the Valparaiso University women’s basketball team to overcome in Friday’s Missouri Valley Conference opener in Des Moines, Iowa. Already facing the challenge of opposing MVC powerhouse, defending conference champion and preseason favorite Drake – a team that went undefeated in Valley play last season – on the road in their first ever Valley game, the Crusaders were down one starter due to injury and three other players due to illness in an 86-50 loss at the Knapp Center.

The Crusaders will continue the road trip as they head to UNI to clash with the Panthers on Sunday afternoon. The game can be seen on The Valley on ESPN3 or heard on 95.1 FM Valparaiso. Links to live video, audio and stats are available on ValpoAthletics.com.