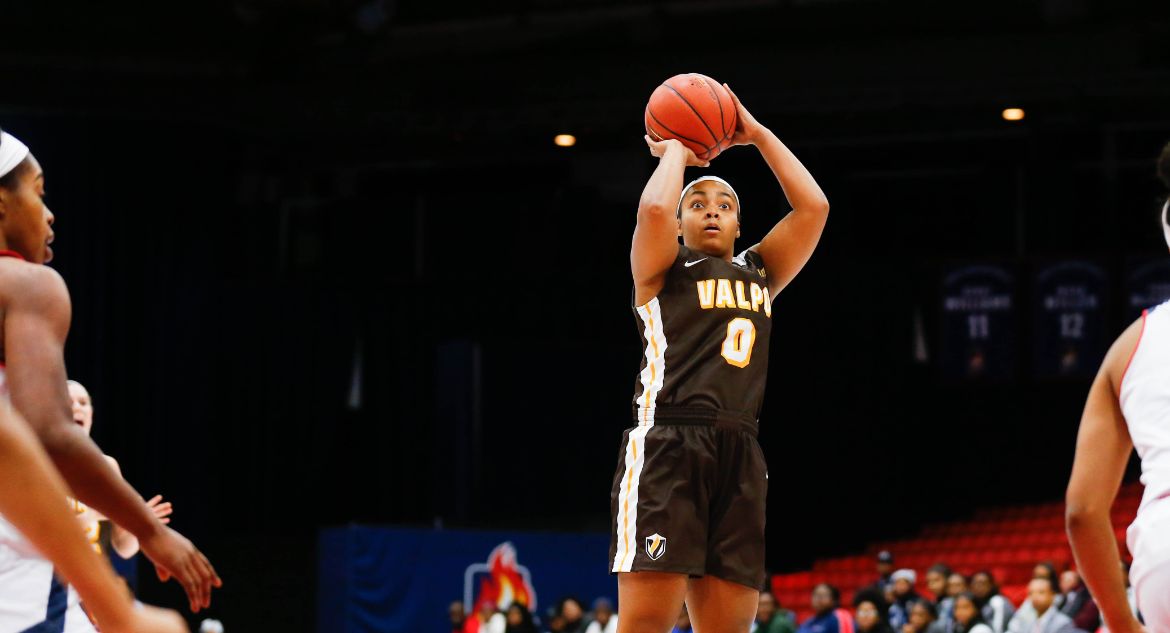 Next Up in Valpo Basketball: The Valparaiso University women’s basketball team will open up the home portion of the season on Sunday afternoon at the Athletics-Recreation Center. North Dakota will provide the opposition for the first home game of Mary Evans’ tenure as Valpo head coach. As the team begins the home slate, it has hopes of putting together a winning home record for the second consecutive season after going 8-6 within the confines of the ARC a year ago.

Last Time Out: Valpo opened the season with a 75-65 loss at UIC on Wednesday. Meredith Hamlet led all scorers with 19 points including a career-high 12 made free throws, while Addison Stoller established a career watermark with 17 points. Shay Frederick provided a spark off the Valpo bench, playing 24 minutes in her collegiate debut and scoring seven points while dishing out a team-high four assists.

Following Valpo: Sunday’s game can be seen on ESPN+, with a subscription costing $4.99 required for access. Dave Huseman is back for his second season handling play-by-play for The Valley on ESPN for games at the ARC, while longtime Valpo women’s basketball broadcaster Renee’ Turpa will add color commentary. The game will also be broadcast on WVUR, 95.1 FM Valparaiso with Ben Ariano and Garrett Willis describing the action. Links to live video, audio and stats will be available on ValpoAthletics.com. In addition, follow @ValpoWBB on Twitter for in-game updates.

Home Sweet Home: Nonconference opponents found little success in games at the ARC last season as Valpo ran the table in nonleague home games, going 5-0 in Porter Country prior to Valley play before tacking on a win in the first MVC home game to make it a 6-0 home start to the season and a seven-game home winning streak dating back to the previous year. Valpo finished the nonconference portion of the season with an undefeated home record for the first time in a decade and rapped off the program’s longest home winning streak since 11 straight spanning the 2006-07 and 2007-08 seasons. Valpo hasn’t dropped a nonconference home game since Dec. 19, 2016, a 67-56 loss to Bradley when Valpo was in the Horizon League. The only two teams that have defeated Valpo at the ARC outside of conference action over the last two seasons are both now conference foes – Bradley and Evansville. Valpo has won the home opener each of the last two seasons and three of the last four years with the only home-opening defeat in that span coming against Notre Dame.

Series Notes: This marks the first all-time meeting between Valpo and North Dakota.

Swiping It Away: Valpo racked up 15 steals in the season opener on Wednesday night at UIC, led by four from Addison Stoller. Stoller, Ella Ellenson (3), Allison Schofield (3) and Shay Frederick (3) all set career highs in steals in the game. It marked the most steals by Valpo in a single game since Jan. 23, 2014, when the team accumulated 18 in an 85-44 win over Detroit Mercy.

New-Look Lineup: All five players who started Wednesday’s season opener at UIC were on the roster last season, but four of the five combined to start only three games a year ago. Senior Allison Schofield played in her 63rd career game and made her first career start. She has already exceeded her total number of made 3-pointers from last season by going 2-for-2 from beyond the arc while playing 29 minutes after averaging 6.4 minutes per game last year. The 29 minutes were a career high, eclipsing her previous high of 22 that came on Dec. 4, 2016 at Notre Dame. Addison Stoller made her second career start after a pair of injury-plagued seasons. Hannah Schaub returned after suffering a season-ending injury in the second game of 2017-18. Sophomore Ella Ellenson made her first collegiate start.

Lineup Constants: The one constant in the starting five from last year’s regular starters to this season’s opening night was Meredith Hamlet, who made her 90th career start. Hamlet has started all but two of the games she’s played in her Valpo career. She and Schaub both started on opening night for the fourth consecutive season as both burst into the starting lineup as freshmen.

Milestone Watch: Valpo senior Meredith Hamlet has moved to within striking distance of a noteworthy milestone as she enters Sunday’s game 32 points away from hitting the 1,000 mark for her collegiate career. She would become just the 15th player in program history to hit the 1,000-point mark. It doesn’t take much of a journey into the Valpo women’s basketball history books to find the last 1,000-point scorer, as Dani Franklin reached the milestone on Jan. 17, 2017 at Green Bay. Hamlet enters Sunday’s game in 18th in program history in career scoring and needs only four points to pass Agnieszka Kulaga (2005-2009) for 17th (971). Also within striking distance are Cheryl Wilbrandt (1989-1993, 978) and Shari Toelke (1990-1994, 992). Hamlet has 154 made 3s, a total that ranks seventh in program history. She is 18 away from entering the Top 5.

Inside the Fighting Hawks