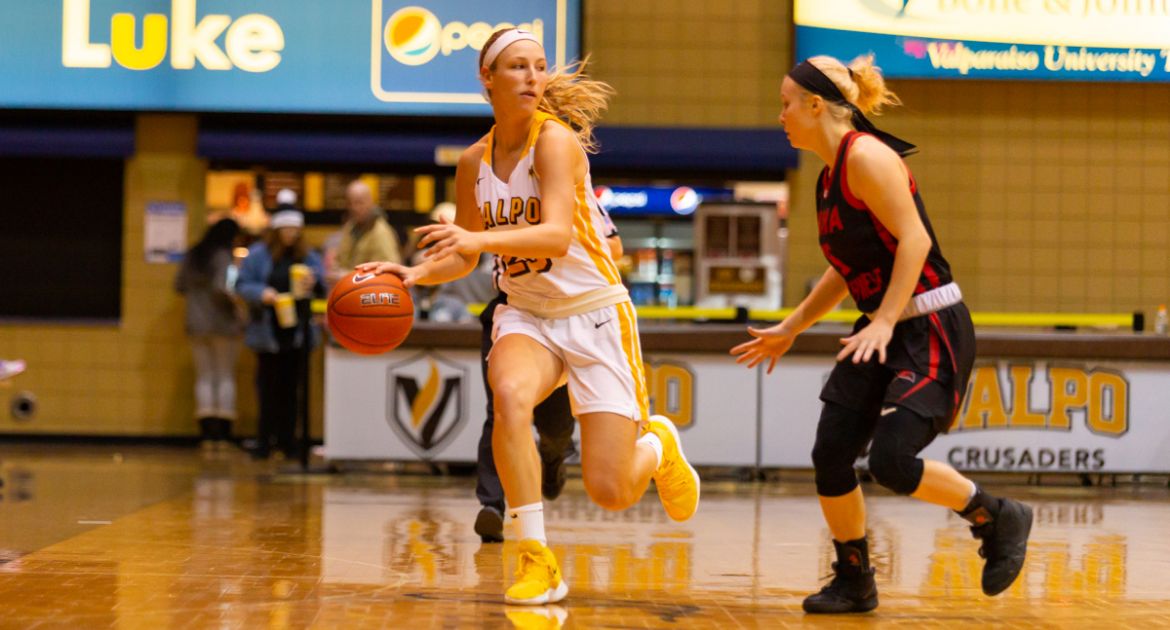 Grace Hales was one of three Valpo players who scored in double figures on Sunday.
Valparaiso at Loyola Chicago | January 06, 2019

“I’m disappointed with our performance today. That’s not what our team is going to look like. We played with more energy and matched their aggressiveness in the second half, but didn’t make shots. We need to continue to grow as a team. We are going to work on it and we will put in a better effort next weekend.”

Valpo will make the trip to Iowa this week and visit UNI on Friday night. The game begins at 7 p.m. CT and will air on ESPN+ with live audio and stats also available.