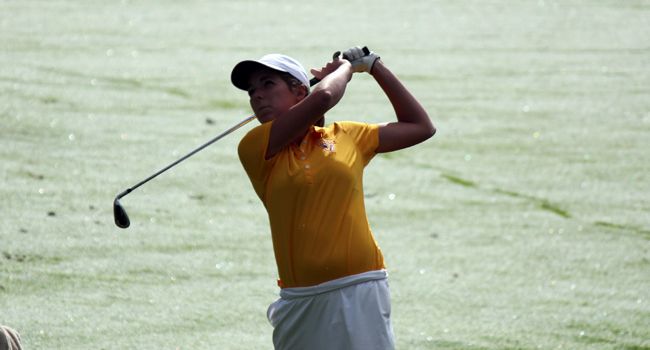 Led by the effort of senior Michelle Kleckner (New Brighton, Minn./Irondale), the Valparaiso women's golf team sits in ninth place following the opening round of the 54-hole MSU/Payne Stewart Memorial at Rivercut G.C. in Springfield, Mo. The second round was started on Monday as well, but was suspended due to darkness.

The Crusaders shot a team round of 316 over the opening 18 holes, good for a tie for ninth place out of the 17 competing teams. Valpo entered the second round just 10 strokes out of fifth place.

Sophomore Sibil Gill (Kokomo, Ind./Western) posted a score of 80 in the first round, entering the middle round tied for 48th place. Senior Erika Pfaender (Pewaukee, Wis./Arrowhead) and freshman Sydney Shrum (Cloverdale, Ind./Cloverdale) both shot rounds of 85 to tie for 77th after the first 18 holes.

Valparaiso will finish out the middle 18 holes before concluding tournament play with the final round on Tuesday.