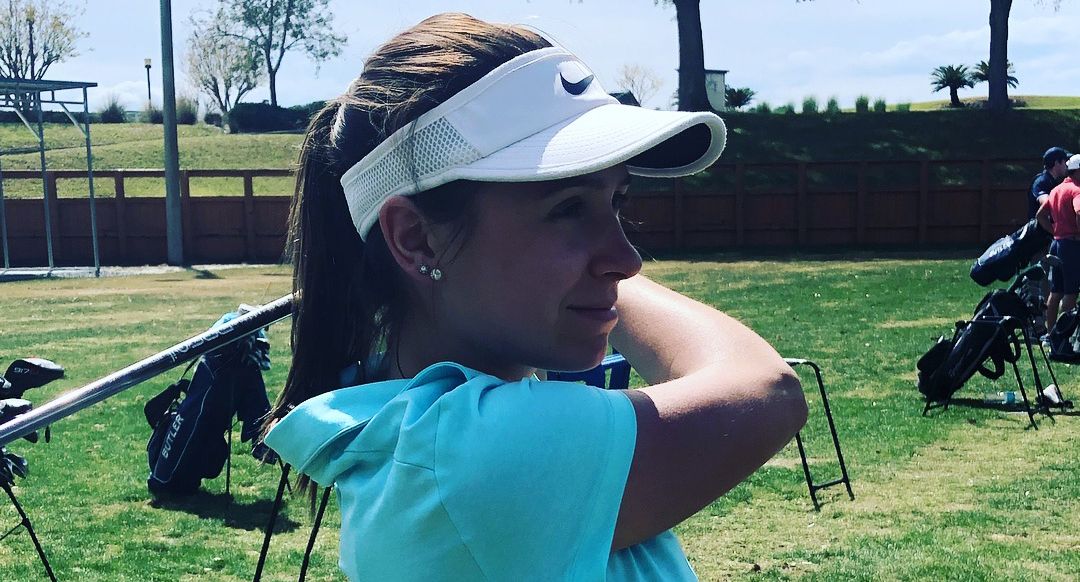 Kayla Krueger matched a career best with a 77 on Monday.

The Valparaiso University women’s golf team began the Benbow Invitational on Monday, an event hosted by Butler University at Blue Sky Golf Club in Jacksonville, Fla. The first of two rounds took place on the first day of competition, with the Crusaders posting a team score of 336.

“Having our entire team out on grass for the first time this spring was a great experience today. We definitely took a few holes to shake off some of the winter rust, but we finished strong. In addition to being outside, we played in very strong winds that we will likely see in Newton at the conference championship.”

“Kayla put together another very solid round for us. All of her hard work since last April is really starting to pay off. I’m extremely proud of her.”

The Crusaders will close out the Benbow Invitational with 18 mores holes on Tuesday in Jacksonville, Fla. The event will use an 8 a.m. shotgun start.