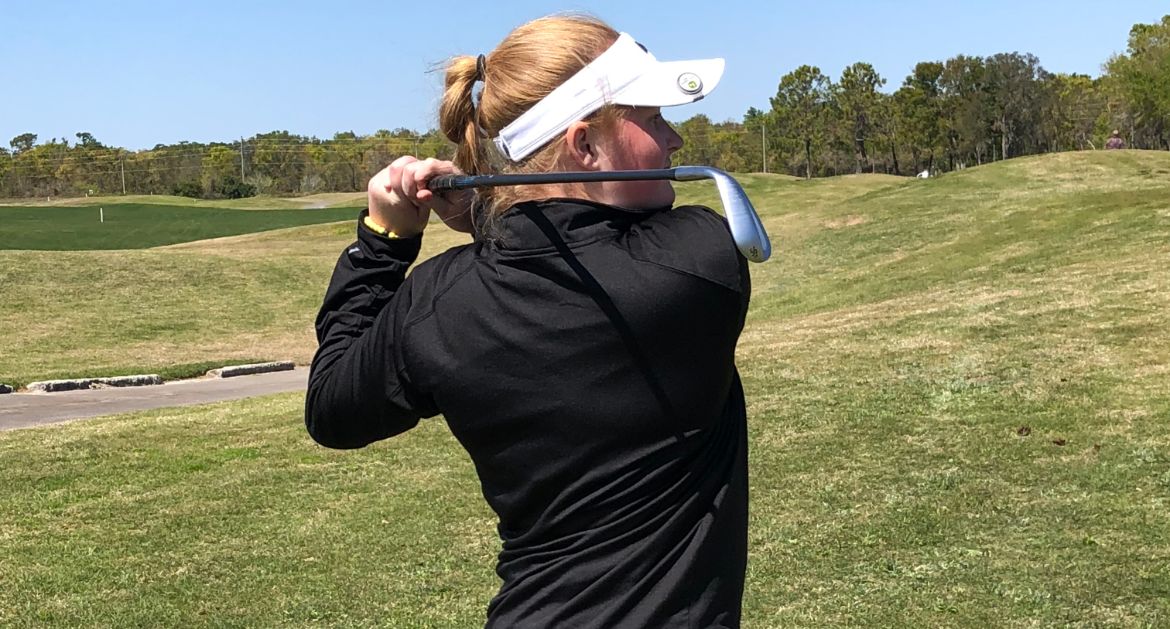 Shelby Schier had a career best on Tuesday, carding a 79.

Valparaiso University women’s golfer Shelby Schier (Greenwood, Ind. / Center Grove) enjoyed the best score of her young Crusader career on Tuesday at the Benbow Invitational in Jacksonville, Fla. Golfing as an individual, the Valpo freshman turned in a 79 in the second and final round of the event.

“Today the improved course conditions coupled with better course management allowed us to make some significant improvement from our first round. We’ve been waiting for Shelby to post a round in the 70s. She’s shown that she is more than capable of doing that since she stepped foot on campus in August.”

The Crusaders will next be in action on Sunday, March 25 as they partake in the first of two days at the Saluki Invitational in Carbondale, Ill.