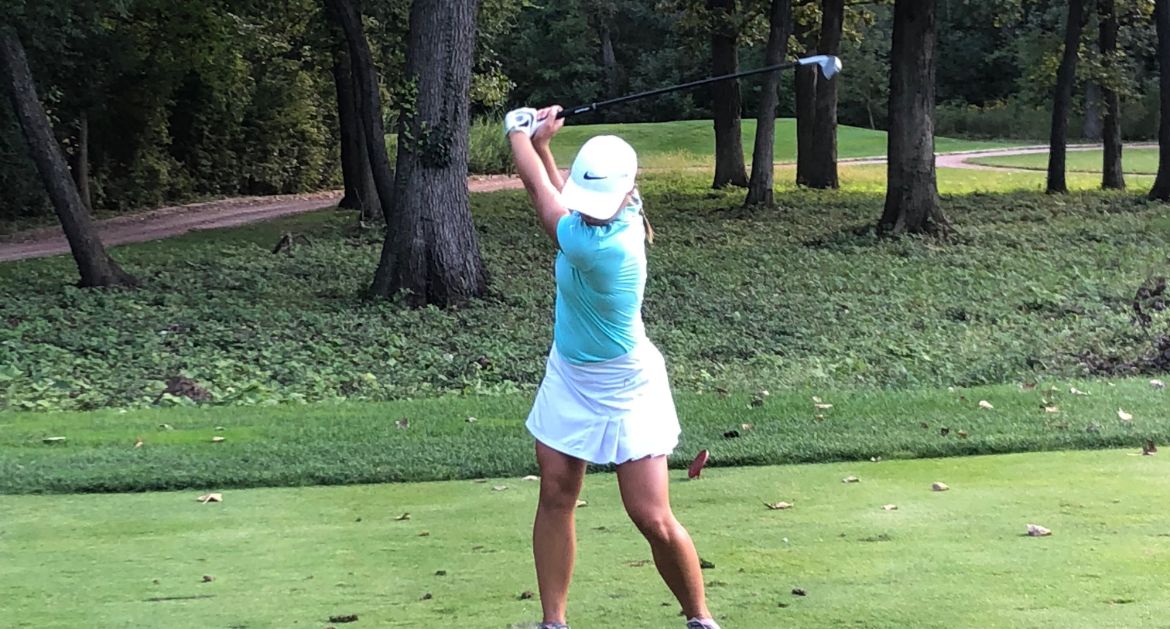 Kayla Krueger leads her team through two rounds at the Loyola Fall Invitational.

The Valparaiso University women’s golf team had its first 36-hole day of the year on Monday, competing in the first two rounds of the Loyola Fall Invitational at Flossmoor Country Club. Led by Kayla Krueger (Spring Lake, Mich. / Spring Lake), Valpo enters the final day of the tournament ahead of four teams in the standings including two former conference competitors.

“We were able to keep it steady in the second round today after a strong start in Round 1. We started to figure the greens out as the day moved along. I see a lot of opportunities for improvement tomorrow, and I think the girls are looking forward to making up a few strokes tomorrow as well.”

Valpo will round out the two-day Loyola Fall Invitational with 18 holes on Tuesday with a 9 a.m. shotgun start.