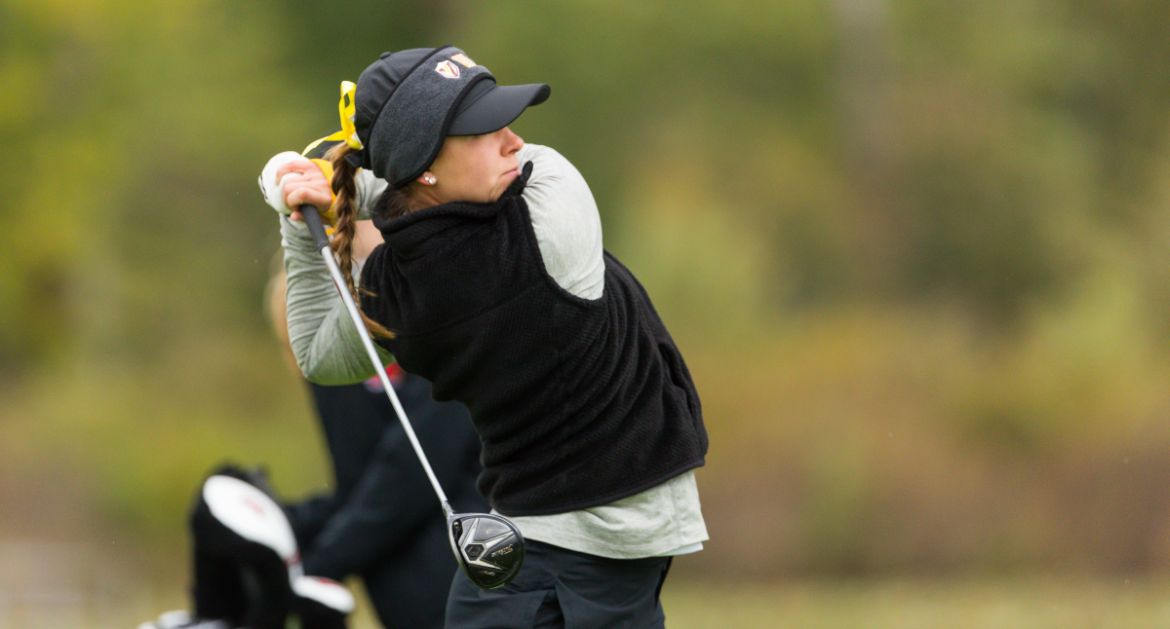 Kayla Krueger had her best round of the season on Sunday.

The Valparaiso University women’s golf team completed the first 18 holes of the Indiana State Spring Invite on Sunday in Terre Haute. This marks the team’s final event prior to the Missouri Valley Conference Championship, which Valpo will host next week. The team turned in its best round of the season on Sunday.

“Kylie, Kayla and Tiffany all played very well today. Our players have spent the last two weeks focusing on our short game and their hard work paid off today. I’m excited to see if we can continue to show improvement as we compete in Monday’s round.”

The second and final round of the event will occur on Monday in Terre Haute.