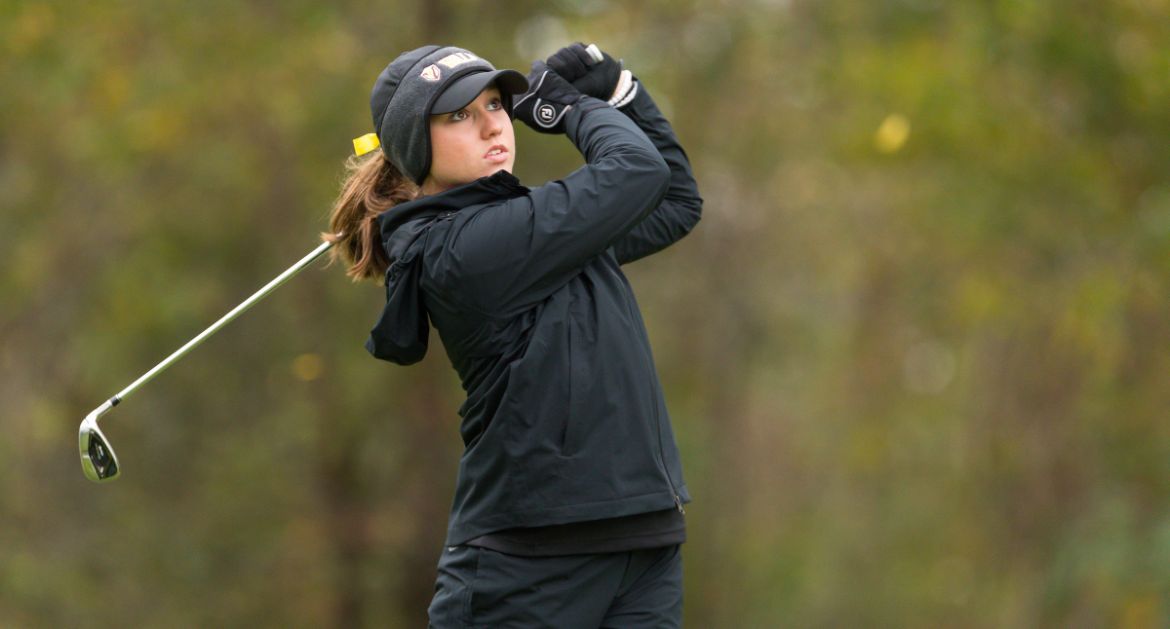 Payton Hodson had a career-best 74 on Tuesday.

The Valparaiso University women’s golf team made a seven-stroke improvement from its Round 1 score on the second and final day of the Dayton Fall Invitational at NCR Country Club in Kettering, Ohio. Sophomore Payton Hodson (Middleton, Wis. / Middleton) boasted the team’s top round on Tuesday.

“Today was a better day overall. Payton really came through for the team and played a great round of golf with three birdies. I was very happy with Morgan’s improvement from yesterday. We will be putting a lot of time on the green these next four days to get ready for our last tournament of the fall.”

Valpo will make its annual appearance in the Braun Intercollegiate for the final tournament of the fall season. The action gets going on Monday, Oct. 21 at Oak Meadow Country Club in Evansville, Ind.