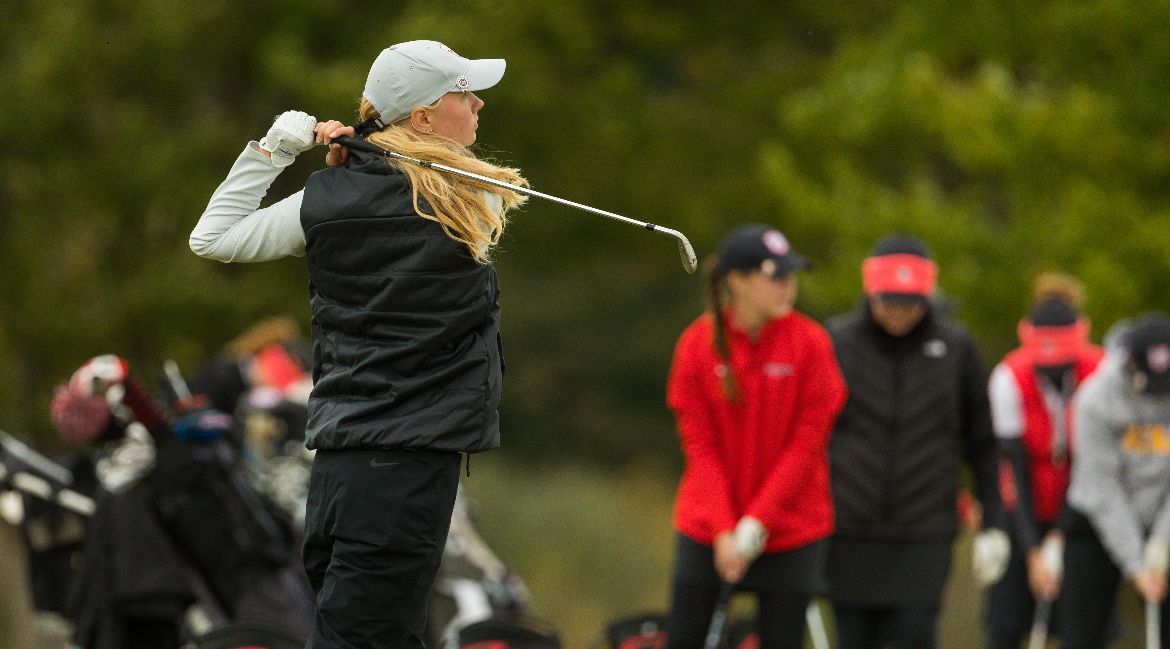 Freshman Carly Shiene has Valpo's top score through 36 holes in the first round of the spring season.

The Valparaiso University women’s golf team teed off its spring season on Monday at the Missouri State Spring Invitational. Carly Schiene (Mokena, Ill. / Lincoln-Way Central) led the way for Valpo on the first day of the tournament, finishing the first two rounds in the Top 15 overall. Teammate Payton Hodson (Middleton, Wis. / Middleton) is one place outside of the Top 15 entering Tuesday’s third and final round. Their efforts came while battling extremely wet and windy conditions at Highland Springs Country Club in Springfield, Mo.

“Between the soggy fairways and the high winds, it was a tough day in Southwest Missouri. Carly stayed calm and collected through it all to shoot two solid rounds. Payton was striking the ball well and finally started seeing results toward the end of her second round. We are looking forward to calm conditions on Tuesday and continuing to shave strokes off our team score.”

Valpo will compete in Day 2 of the Missouri State Spring Invite on Tuesday at Highland Springs CC in Springfield, Mo.