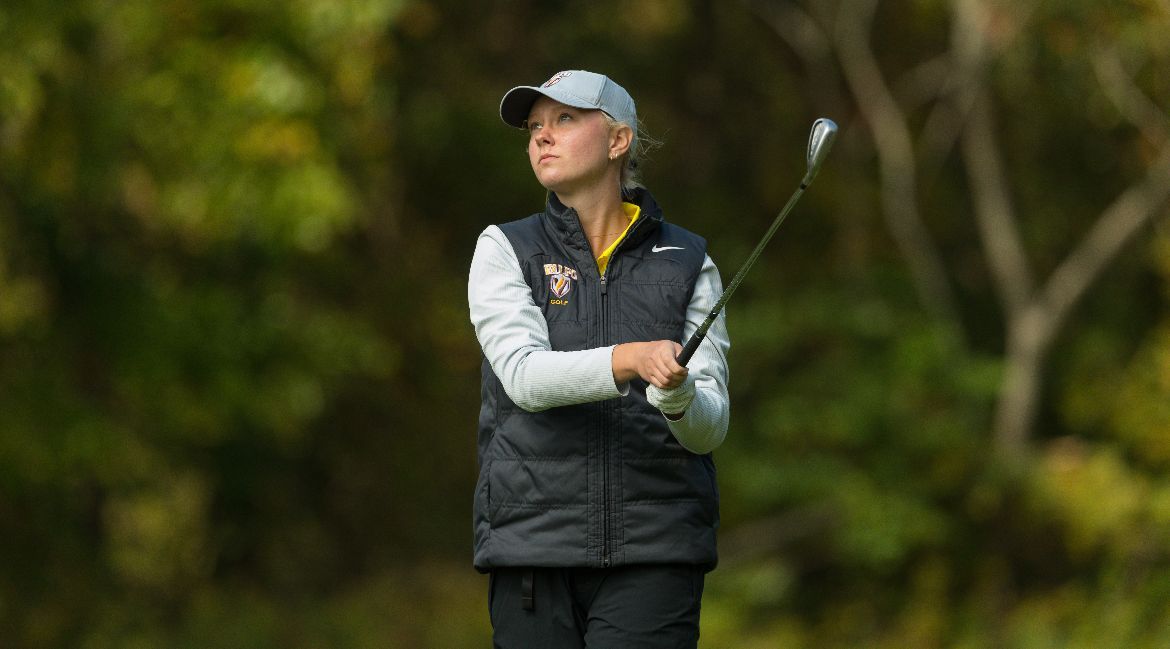 A career-low round from freshman Carly Schiene led Valpo on Sunday.

The Valparaiso University women’s golf team began the Indiana State University Spring Invitational on Sunday as freshman Carly Schiene (Mokena, Ill. / Lincoln-Way Central) paced the team in Round 1 of the event, which is taking place at the par-72, 5900-yard Country Club of Terre Haute.

“Carly Schiene had a great back nine today. She is definitely settling in and getting comfortable on the golf course. Today was not our best team score, but the team vibe was the best it’s been all season and our confidence level seems to be moving in the right direction. We are starting to work better together as a team, which is an important first step to improving our game. I’m hopeful tomorrow will be a better day.”

Valpo will round out the 36-hole tournament with the final round on Monday in Terre Haute.