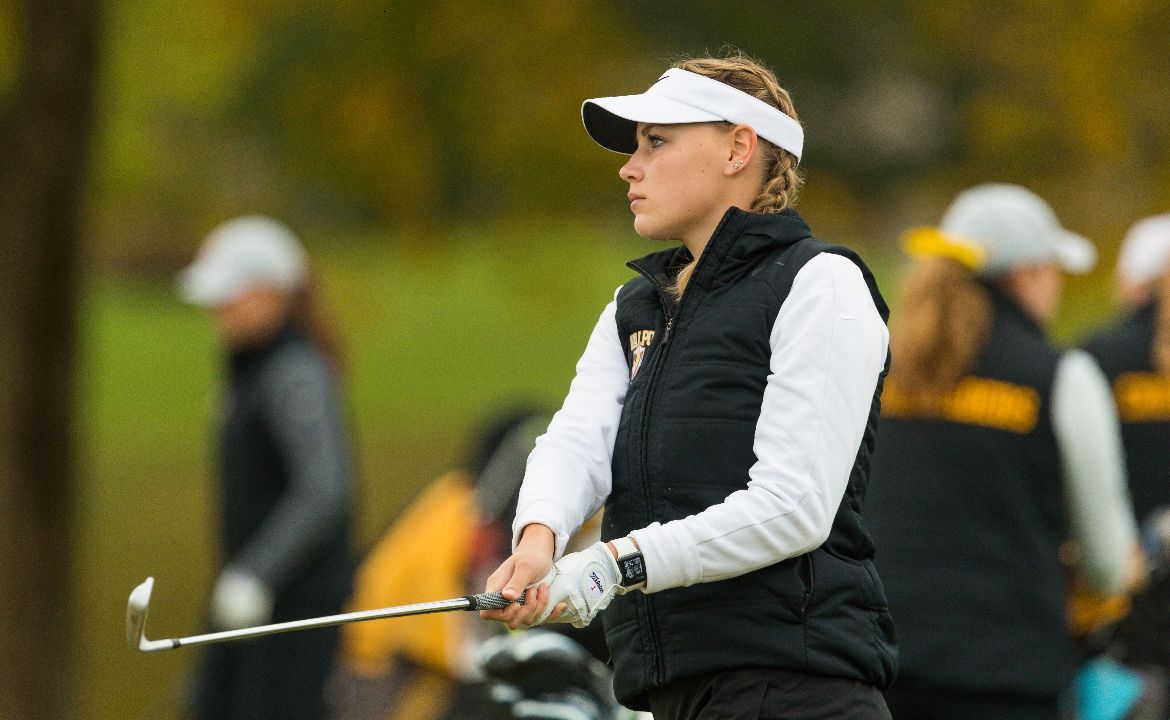 Valparaiso University women’s golf junior Morgan Kier (Brownsburg, Ind. / Brownsburg) was recognized for her excellence in competition, in the classroom and in the community on Friday as part of the State Farm Missouri Valley Conference Scholar-Athlete Spotlight.

Kier, who owns a 3.98 grade point average with a double major in meteorology and Spanish, finished as the team leader in this week’s MVC Championship. She golfed in 15 rounds over six events this year, finishing second on the team in season scoring average. Kier carded a season-low round of 79 on two occasions, the first and second round of the Redbird Invitational on April 9.

A member of the dean’s list, Kier serves as the chapter secretary of Chi Epsilon Pi, the meteorology honor society. She received a Presidential Honors Award for academic performance. A member of Spanish Honor Society, Kier is the Director of Diversity, Equity and Inclusion for Pi Beta Phi sorority.