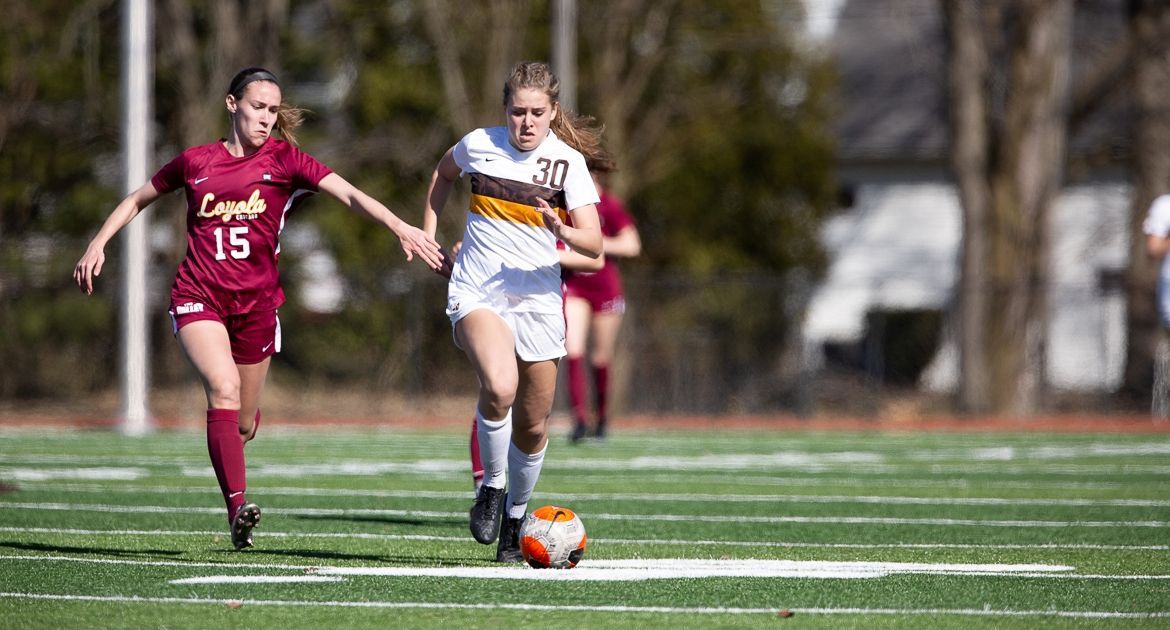 For the fifth time in the season’s first six matches, the Valpo soccer team held its opponent to one goal or fewer, but a late-first half goal from visiting Loyola proved to be the deciding tally as the Ramblers came away from Brown Field with a 1-0 win Saturday.

"Our mentality today wasn't to sit in and just get a point. We wanted to come in, challenge ourselves and play to try to win the game and put Loyola under some stress. I thought we really did a good job of that in the first half, especially the first 30 minutes, but weren't able to sustain that for a full 90. In the second half, we started to defend players instead of space, and that made the game more 1-v-1 than we wanted it to be."

"I'm proud of our players, because what we learned today is invaluable. We stepped up and went after the game, and I think you grow so much more as a young group by doing that. Now the next step is to take what we learned today - both from what we did well and from what didn't go well - and use it to continue to move forward as we move into next week and start to prepare for Drake."

Valpo (2-2-2, 1-1-1 MVC) closes out its current three-match homestand at Brown Field under the lights at 6 p.m. Friday evening, March 19 against Drake. The match will be broadcast live on The Valley on ESPN.